Yzerman is a married man and is blessed with three children from his spouse. As of 2018, his net worth is approximately $50 million.

Steve Yzerman has an estimated net worth of $50 million in 2019, including all of his properties and earnings. His net worth is outstanding. Yzerman is currently receiving an annual salary of $2.4 million from his club. Maximum of his net worth is built through his career in NHL.

He has set an example for upcoming generations. He is the most influential person in the world of sports. He has maintained a great personality and physique. He has a good height of 5 feet and 11 inch, which is around 1.80m.

Is Steve Yzerman Married? Who is his wife?

Steve Yzerman is a married man. He married his girlfriend, Lisa Brennan in 1989. Together with his wife, he has three children named Isabella Katherine, Maria Charlotte, and Sophia Rose. 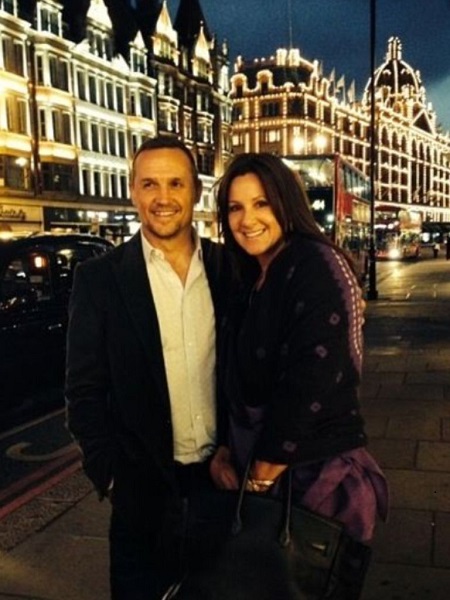 Till the date, there is no news and rumors of an extramarital affair, divorce, and conflict in their marital relationship. Thus the couple is living a happy life with their small family. The Yzerman family resides in Bloomfield Hills, Michigan, and Hillsborough County, Florida. Moreover, he also holds citizenship of the United States.

Steve Yzerman was born in the year 1965 on May 9 and this makes his age 53 years at this time. His place of birth is Cranbrook, British Columbia, Canada. It is quite clear that he is Canadian and his ethnicity is white. His zodiac sign is Taurus.

He is the son of Jean Yzerman and Ron Yzerman and has four siblings named Gray Yzerman, Christopher Yzerman, Ronnie-Jean Yzerman, and Michael Yzerman.  Furthermore, Yzerman grew up in Nepean, Ontario, and attended Bell High School.

With his sheer dedication and devotion, Steve Yzerman became one of the renowned players in hockey.

Yzerman played for the Nepean Raiders Junior hockey team. Later on, he also played for the Peterborough Petes. At the age of 21, he became the captain of the Detroit Red Wings and contributed as a captain for the next two decades. The year 1997 was incredible for him. Due to his leadership ability, the team Detroit Red Wings won Stanley Cup after sweeping Philadelphia Flyers in the final.

Steve Yzerman represented his nation in several international tournaments. In 2002, he won an Olympic gold medal and Stanley Cup in the same year. He also served as the general manager of Team Canada for the 2007 IIHF World Championship, which they won.

October is here, the puck drops tomorrow, and last night I had a dream I met Stevie Y. Life is good. #lgrw

A post shared by Champagne Athletics (@champagneathletics) on Oct 3, 2018 at 9:09am PDT

Moreover, he led Detroit Red Wings to win three Stanley Cup championships in 1997, 1998 and 2002. On July 3, 2006, he officially retired from professional hockey, finishing his career ranked as the seventh all-time leading scorer in NHL history, having scored a career-high 155 points (65 goals and 90 assists) in 1988–89 which has been bettered only by Wayne Gretzky and Mario Lemieux.

Steve Yzerman has been honored by numerous awards and rewards throughout his professional career. His awards including, Lester B. Pearson Award (Most Outstanding Player), the Conn Smythe Trophy (Most Valuable Player of the Stanley Cup playoffs). Moreover, he is also a member of the Hockey Hall of Fame.

Upon his retirement as a player, Yzerman served in the front office of the Red Wings. Later, he became a general manager of the Tampa Bay Lightning, while also being the executive director for Team Canada in two Olympics.

On 11th September 2018, with one year remaining in his contract, Yzerman announced he would be resigning as the Lightning general manager but promised to remain with the team as an advisor to the owner and governor, Jeffrey Vinik. Moreover, his post was replaced by assistant general manager Julien BriseBois.