Gossip Stephen Gostkowski is Married to Hallie. Details about his Wife, Married life and their Children

Stephen Gostkowski is Married to Hallie. Details about his Wife, Married life and their Children

For NFL fans, the American football placekicker Stephen Gostkowski is the familiar loving face. The 34-year-American footballer currently plays for the New England Patriots in NFL after getting professional since 2006. Stephen not only earned a successful career but also has the estimated net worth of $6 million.

Besides his professional career, Stephen also has a sweet love life, as he is married to his long-time girlfriend Hallie Gostkowski. The couple, with their 10 years of married relationship, also shares 3 children together. Surely, you want to more about Stephen's wife, their married life, relationship, and children. Be ready to get it done.

Stephen seems to be a blessed one, not only because he got a lovely and beautiful wife, also he got to marry his first love. Yeah, Stephen is not reported to be indulged in any kinds of relationships in the past, besides his lovely girlfriend (now wife) Hallie.

Though the couple has kept their dating details low, they are reported to be lovers since college days. The couple met for the first time in an anatomy class while they both attended the University of Memphis in 2002. And soon the couple's chemistry worked up and started dating each other.

However, after the graduation in 2006, Hallie and Stephen had to face the long-distance relationship, as Stephen moved to Massachusetts after being drafted by the New England Patriots where he currently plays alongside James Develin and Stephon Gilmore.

Even the distance couldn't stop the couple from loving each other. Reportedly, Stephen often visited his girlfriend Hallie, but the distance was shortened after Hallie moved to Massachusetts. Seems like filmy, it's true though. 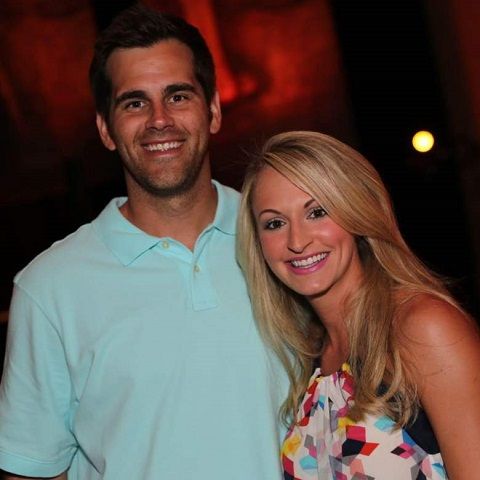 The couple later took their relationship further as they got engaged after 6 years of dating.

In the interview with The Commercial Appeal, Hallie revealed that Stephen proposed her after they got home following a family picnic in 2008. Hallie opened the door of the garage to find a big banner written with "Hallie, will you marry me?”

Boom! really a dream come true moment for her.

Then the moment came to the couple on April 19, 2008, as Stephen and Hallie got married, however, the detail of their wedding venue or guest list is not out yet. 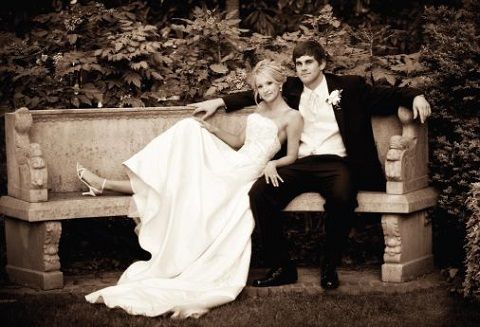 [ CAPTION: Stephen Gostkowski and his wife Hallie Gostkowski in their wedding][ SOURCE: Fabwags ]

Furthermore, Stephen's teammate Tom Brady also got married a year later in 2009 with his girlfriend,
Brazilian supermodel Gisele Bündchen, and is living happily since then.

It has been nearly 10 years of Stephen and Hallie's marriage and the couple is living happily together without any mishaps of separation or divorce.

Children of Stephen and Hallie

Stephen and Hallie seem a bit secretive regarding the revelation of their children. The sweet couple is the parents of their 3 children: 2 sons Slayden Kyle(born December 2010)  and Gannon William and a daughter. 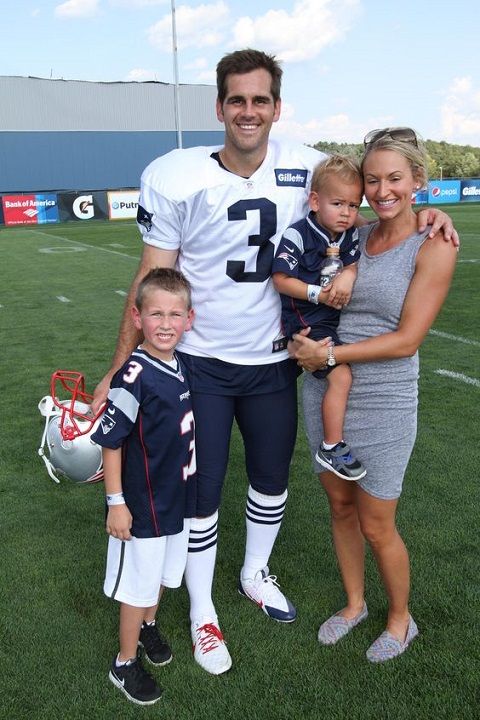 [ CAPTION: Stephen Gostkowski with his wife and children ][ SOURCE: Fabwags ]

The couple became parents for the third time in June 2016 after they welcomed their daughter. Though her name is not disclosed yet. Have a look.

Congratulations to Stephen Gostkowski & wife Hallie on the birth of their baby girl. pic.twitter.com/3nXc5Pab9T

Stephen Gostkowski's wife Hallie is professionally a nurse. Hallie was born to her father Gary and mother Kathy in Memphis, Tennessee. After attending Houston High School in Germantown, Tennessee, Hallie went on to study nursing at the University of Memphis in 2002 where she met Stephen, her future husband.

Though the couple was separated by distance, Hallie later moved to Massachusetts ending their long-distance, then she got married to Stephen. Currently,  Hallie serves as a Nurse in Boston where Stephen's parents live, near Boston’s Children’s Hospital. 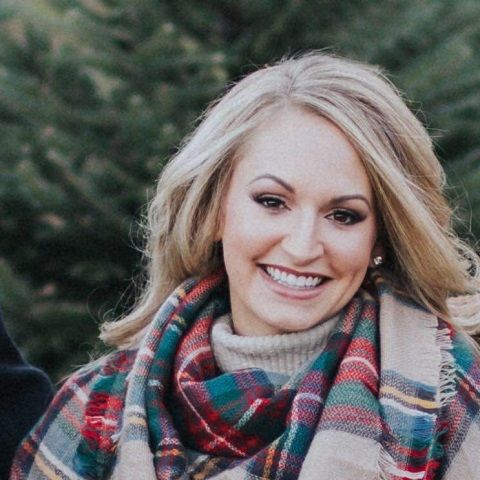 Hallie along with Stephen's family made their appearance in Stephen's game in 2014 when he made1,179 points surpassing Adam Vinatieri's the most career points for a Patriot.