Stephen Espinoza is an American sport and corporate executive who proudly holds the position of President of Showtime Sports. Intially, he started working as a sports agent and then switched career tracks and began working at Greenberg Glusker in 1996 before eventually moving on to Ziffren Brittenham LLP in 2002. Both companies specialize in entertainment law and his clients included former NFL star Michael Strahan and MMA fighter Gina Carano as well as Vanessa Hudgens, Josh Gad, Snoop Dogg, and Tyler Perry.

El Paso, Texas native, Stephen Espinoza was born on 1st January 1970, under the star sign Capricorn. The fifty-years-old holds an American nationality and belongs to the Mexican descent.

How Much Is Stephen Espinoza's Salary and Net Worth?

Stephen Espinoza has an estimated net worth of $5 million as of 2020. Presently, he is the President of Showtime Sports where he has made boxing a focus of the network.

In 2012, he signed Floyd Mayweather, to a six-fight, multi-year contract, and Espinoza was also reportedly "instrumental" in the Mayweather,. vs. Manny Pacquiao match. Under his supervision, the Showtime-Mayweather deal accounted for the three highest-grossing pay-per-view events in television history. 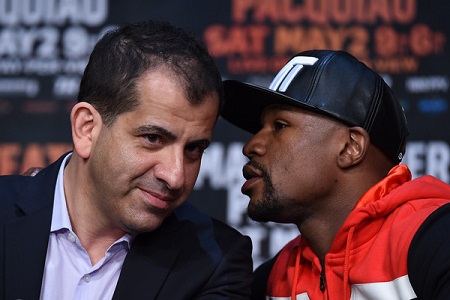 First in Mayweather-Canelo in September 2013 and Second in Mayweather-Pacquiao in May 2015 where the fight broke PPV viewership records in the US and had more than $410 million in revenue.  The third, Mayweather-McGregor in August 2017, which was the second-highest pay-per-view buy rate in history.

Though there is no exact figure how much Stephen Espinoza makes annually, sources estimated his annual salary no less than $1 million.

Who is Stephen Espinoza's wife?

A resident of New York City, Stephen Espinoza is a married man. He tied the knot with Jeannena Flores. The couple is often seen attending various sports events with his wifey. 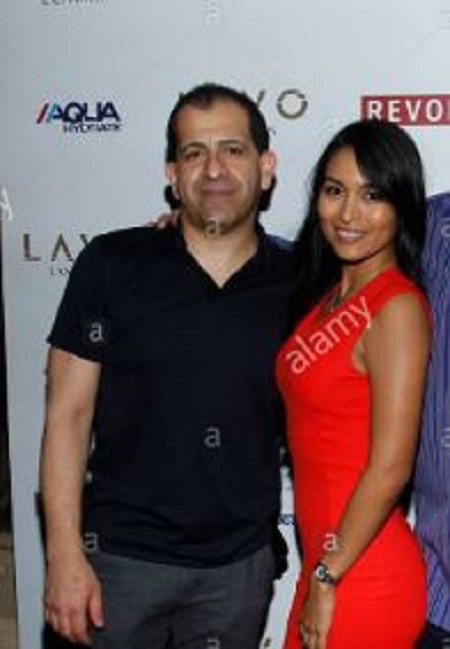 Stephen Espinoza and Jeannena Flores at arrivals for Do SOURCE: Alamy

However, the sports executive has maintained a low key personal life and has distanced himself and his family from the media. Additionally, there is no information, if he and his wife have children or not.

Espinoza enrolled at Coronado High School, graduating in 1988. Subsequently, he attended Stanford University, earning a B.A. in communication in 1992. Then, he went on to earn a Juris Doctor degree from the UCLA School of Law in 1996.