Sashi Brown is an American attorney and sports executive who currently is the chief planning and operations officer for Monumental Sports & Entertainment which includes the NBA's Washington Wizards, WNBA's Washington Mystics, and the Capital City Go-Go of the NBA G League. Earlier, he has a stint at Jacksonville Jaguars and Cleveland Browns of NFL.

Boston, Massachusetts native, Sashi Brown was born on 15th May 1976, under the star sign Taurus. The forty-four years old holds an American nationality and is of white ethnic background. He earned his Bachelor's degree from Hampton University and JD from Harvard Law School.

Active as an attorney and sports executive since 1998, Sashi Brown has earned a tremendous sum of money throughout his career. As of 2020, his net worth is approximately $3 million.

From his role as the chief planning and operations officer for Monumental Sports & Entertainment, his annual salary is no less than the six-digit figure. A member of the New York, District of Columbia, and Florida bars, he runs his own investment firm as well. He owned Bohemian Caverns Jazz Club until he sold it in February 2016.

Sashi Brown is a married man. He tied the knot with his girlfriend, Paige a long time ago. As a matter of fact, Brown prefers his personal life private. There is no information available regarding their love story. Where the duo met when they started dating and even their wedding are still the subject of curiosity for many.

It's only known, Mr. and Mrs. Brown live in Bethesda, MD with their 3 adorable children Zora, Ellison, and Robeson. Besides, there is no news and rumors concerning their private life. Additionally, he is not much active on socials such as Facebook, Instagram, and Twitter.

After finishing his academics, Sashi Brown became the associate at Wilmer Cutler Pickering Hale and Doop LLP, where he would serve until August 2005. After that, he was appointed the senior vice president and general counsel of Jacksonville Jaguars. There he worked for six-year and six months. Around the same time, he was director for the City of Jacksonville Housing Authority, Ambassador Board Member at Mai Vai Washington Kids Foundation. 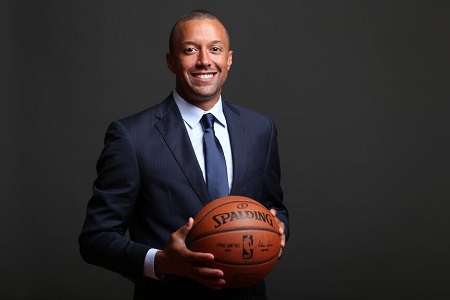 From 2013-2017, he was an executive vice president of football operations at Cleveland Browns of NFL. In July 2019, he was hired by Monumental Sports & Entertainment as their chief planning & operations officer monumental basketball.