Stacy Sager is a surviving spouse and caregiver for the late Hall of Fame Sportscaster Craig Sager. Stacy, a biology graduate of the University of Illinois-Chicago, previously worked in a cardiac arena at Boston Scientific for nearly a decade. Afterward, she became active with the SagerStrong Foundation to help to fund research and treatment for leukemia and other blood cancers after her husband was diagnosed with the disease in 2014.

Here we brought you the interesting fact about the widow of well-known sports broadcaster Craig Sager, Stacy Sager. Scroll Down!!

Stacy Sager Married Craige Sager; How was their Marital Relationship?

On 14th December 2001, Stacy Sager and Craige Sager tied the knot in an intimate ceremony. Their love story began a year before in 2000. In an interview with The Players' Tribune, Stacy talked about how they feel in love. 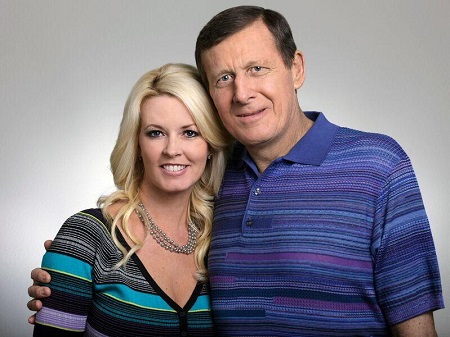 She said, "Some love stories begin with someone running to catch an airplane. For me and Craig, it started when I refused to get on one. The first time we met, Craig asked me to fly San Antonio with him. The next day. And I said no." 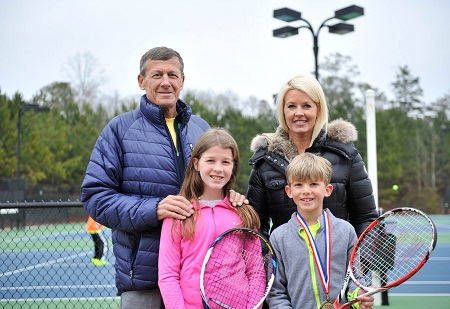 On December 15, 2016, Stacy's spouse Craig lost his heroic battle with cancer, despite never giving up or never giving in.

Aforementioned, Stacy was the second spouse to Craige Sager. Before Stacy, he was married to Lisa Gabel of Chillicothe, Missouri, in 1980. from his first marriage, he has three children: Craig Jr., Kacy, and Krista. 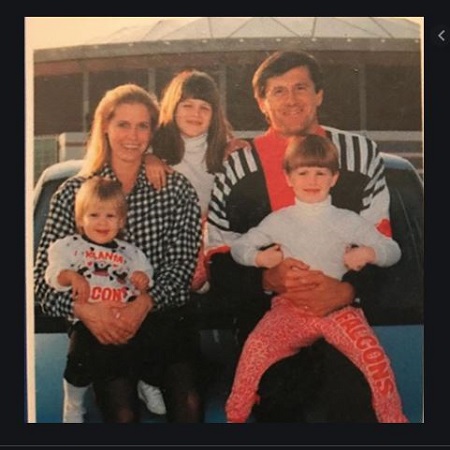 Craig Jr. was a walk-on wide receiver at the University of Georgia who also filled in for his father as a sideline reporter during his absence in 2014, whereas Kacy Sager was employed by Turner Sports.

Three of Craig Sager's children said they Were Excluded From Craige's Will. The kids say Craig Sager's second wife, Stacy, has hounded them about the will.

Born as Craig Graham Sager Sr. on June 29, 1951, he is best known for his having worked as a sideline reporter who paced the floors of the NBA, as he invariably sported a specimen from his vast collection of garishly eccentric jackets and suits.

In 2016, he was inducted the Sports Broadcasting Hall of Fame. The following year, during the NBA All-Star Game, it was announced that Sager was the 2017 recipient of the Naismith Memorial Basketball Hall of Fame Curt Gowdy Media Award.

The President and Chief Executive Officer of the SagerStrong Foundation, Stacy Sager's net worth is millions. She has spent over two decades working toward ways to diminish suffering caused by cancer and other conditions.

Her late husband, Craig Sager's net worth was calculated $9.5 million at the time of his death. As reported, Stacy inherited her spouse's properties.