Soualiho Meite is a French professional association footballer currently playing for Benfica as a midfielder. He has played for numerous clubs like AC Milan, Monaco, Torino, Bordeaux, etc. The French international began playing professionally at the early age of 8.

Former AC Milan midfielder, Meite was born in France, Paris, on 17 March 1994 with the zodiac sign Pisces. Presently, he is 28 years old and represents himself wearing jersey number 11. Meite played his very first professional game for Auxerre B in 2011.

The French international, Meite, is from a black ethnic background and has a dark skin tone. He possesses a good height of 6 ft 2 inches and weighs over 80 kg.

Annual earnings, net worth and market value in 2022

Paris-born Benfica midfielder is one of the highest-paid athletes in Benfica, with a staggering weekly salary of €40,769, which adds up to €2,120,000 per year. Hence, the net worth of French soccer star, Meite is around $1M-$5M. Apart from that, he has other extra income sources, i.e., his sponsors and brands, that have leveled up his net worth. As per Trasnfermarkt, Meite holds the trending market value of €5 Million.

Soualiho Meite was born and raised under the influence of a football background. At the age of 8, only he began playing professionally at the youth level. On 14 March 2011, Paris-born midfielder, Meite signed his first contract with Auxuree for three years and later, he was promoted to the senior team by manager Laurent Fournier. 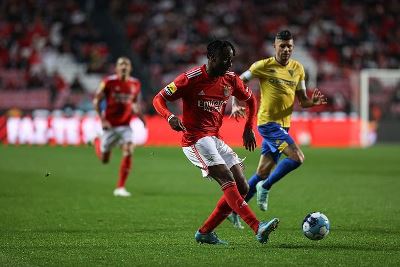 Before expiring his contract with the club, he was signed by Torino with Full-back exchange Antonio Barreca the same year. The French star boy played for Torino for three years. He has been shifting clubs time and again.

On 14 Jan 2021, he was sent to AC Milan on loan with an option to buy. After playing 16 games for AC Milan, Benfica assured to bring him into the club and signed at the end of 2021. To date, he has just played in 13 games goalless. His contract expires with Benfica on 30 June 2026.

His Benfica teammates are Haris Seferovic and Roman Yaremchuk.