Hailing from the suburbs of the United States, Sonia Raman was born in 1974. She celebrates her birthday on the 11th of February every year, making her 47 years old. Her zodiac sign is Aquarius.

Going into her education details, Sonia went to Tufts University and received her Bachelor of Arts degree in International Relations in 1996. After that, she enrolled at Boston College Law School and received a Juris Doctor (a Law Degree) in 2001. 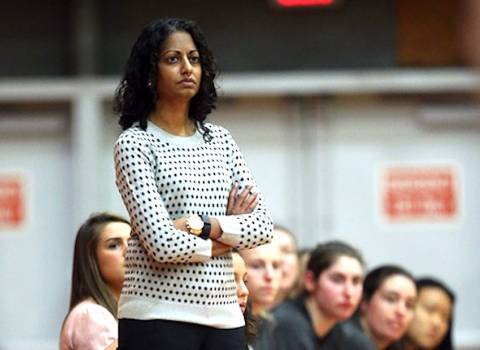 But, after she graduated, she shifted her focus towards her education and her law degree. After receiving her law degree from Boston College Law School, she worked for Fidelity Investments before joining the United States Department of Labor.

Although she was invested in other fields, her heart was still with basketball. However, she decided to pursue the sport as a coach, not as a player. She returned to her alma mater, Tufts University, where she was appointed as an assistant coach for two years. In 2002, she joined the Wellesley College women’s basketball team as their new assistant coach.

After a brilliant 6 years with the team, Sonia received a huge offer to be the head coach of MIT Engineers women's basketball team. The deal was finalized on July 9, 2008. She served as the team's head coach from 2008 to 2020, and in those years, she was able to take the team to the next level.

Under Raman as the head coach, the team recorded the most wins in their history. Likewise, for the amazing job as a coach, she was even named New England Women’s and Men’s Athletic Conference (NEWMAC) Women's Basketball Coach of the Year for two straight years, in 2016 and 2017, respectively.

The Memphis Grizzlies of the NBA noticed her performance as a head coach. So, they called her, and in no matter of time, she was appointed as the team's assistant coach. The deal was made official on September 11, 2020, making her the first Indian-American woman named an NBA coach.

Furthermore, she also was the 14th woman to be named as the NBA coach. As of now, she is giving tactics and showcasing why she was specifically chosen for the role.

The exact earnings and net worth details of Sonia Raman are still under review. However, the one thing that is not unknown is that the average salary of an assistant coach in the NBA varies from the lowest of $100,000 to the highest of $1 million. And, considering Sonia's good coaching history, it must be sure that she is well-paid.

The romantic life details of the Memphis Grizzlies' assistant coach remain behind the curtains. That's because Sonia has kept all of the details of her personal life up to herself only. 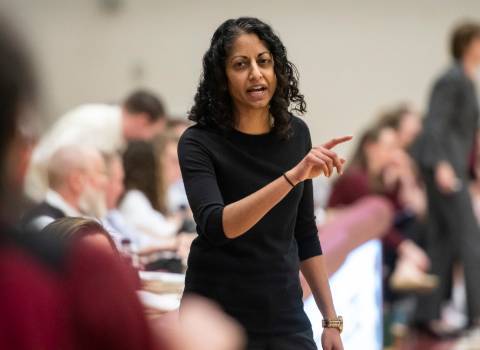 Due to her secrecy and little social media presence, it is still unknown whether she is single or dating, or married.