Sofia Whittaker is an Australian fitness enthusiast and Instagram star who got the spotlight after marrying the UFC Middleweight Fighter, Robert Whittaker. Her husband, Robert, turned professional MMA fighter in 2009 and was a contestant on the first series of The Ultimate Fighter: The Smashes and won the welterweight tournament. Also, he held the UFC Middleweight Championship in 2017. Currently, he is ranked #1 in the UFC middleweight rankings.

World's know about MMA fighter Robert Whittaker but what about his wifey, Sofia Whittaker? When did they marry? Do they share children?

Sofia and Robert Whittaker are together since 2011. However, how they met has not been a well-known fact. In 2014, the fighter popped a question, and the following year, they exchanged the vows in an intimate ceremony. 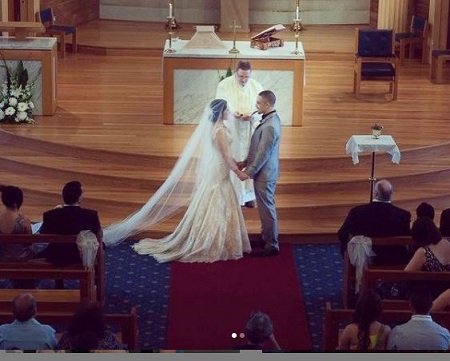 As of 2021, Mr. and Mrs. Whittaker will be celebrating their 7th marriage anniversary. The couple has been together thick and thin and has grown stronger each day. What impresses most is Robert has mentioned her in his official IG family first.

Sofia Whittaker shares adorable children: three sons and a daughter with her husband, Robert Whittaker. In June 2015, the couple welcomed their first child, a son, Jack to the world. Their second son, John was born in December 2016. Later two years in February, the couple has their 3rd child and their first daughter, Lilliana in their family. In January 2020, the family expanded to six, the youngest, Jace joining the family in January 2021. 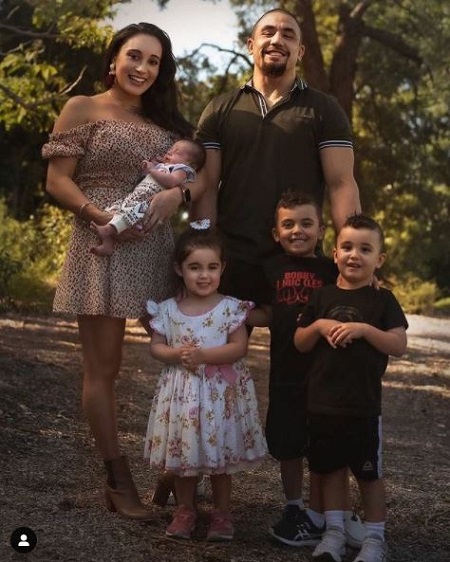 In The Father Hood interview, Robert explained how his wifey and family are his priority. He said, “If I had to sacrifice my time with my family to be the world champ then being the world champ just wouldn’t be worth it. There’s nothing stronger, nothing more powerful than my family that pushes me forward. My family gives me direction and it also gives me fulfilment. My family is what makes everything worth doing.”

Who Is Sofia Whittaker? Bio

Sydney, Australia native, Sofia majored in  Exercise and Health Science at Australian Catholic University, graduating with a Bachelors in 2010. Before, she attended St. John Bosco College.

Besides, there is not much information about Sofia's early life, parents, and siblings, except for a few pictures of her family shared on social media.

From August 2013 to March 2016,  Sofia Whittaker was an Assistant Store Manager, Exercise science qualified at ASN Miranda. Currently, she is involved at Robert Whittaker MMA as well as clothing brand Reaper Gear RW, a UFC merchandise with Robert Whittaker as a contender.

As of 2021, Sofia's net worth is estimated at $100,000. Further, she shares a tremendous net worth of $3 million, with her husband, Robert Whittaker. His UFC career earning is reported $3,392,000. The Whittaker family resides in Sydney, New South Wales, Australia.