Yaounde native Simon Omossola is a professional footballer whose prominent position is a goalkeeper, and he is currently associated with the Congolese club AS Vita. The goalkeeper has been playing for the respective club since joining them on September 22, 2020.

Furthermore, Omossola was interested in pursuing a career in this sport from an early age. So, he is now doing pretty well. Being a national player, Omossola has been a part of many national and international games and has also helped the squad win most of them.

The professional footballer, Omossola is doing pretty well in his career, and he might be making a fair sum of money. As none of the media outlets have delivered the information regarding his contract, we are unable to mention his salary too. Simon Omossola in one of his professional games  SOURCE: Twitter @FecafootOfficie

Furthermore, Omossola has been playing football for a long time, and it is clear that his bank balance might be good. As Omossola does not have much presence on social media, we cant explore his lifestyle too.

According to Transfermrkt, Omossola's market value is €400Th, and it may get increased in the future as Omossola is still active in this sport.

Is Omossola Dating or Single?

Well, Omossola appears to be a single man, and he does not have a girlfriend or a wife. The professional footballer has never talked about his love life in the media. So, it can be said that the footballer is of a private nature, and rather than exposing it in the press, Omossola prefers to keep it a secret.

In the same way, Omossola has been able to tackle all the rumors and controversies and has never been involved in them. We can expect that his love life will get into people's eyes in the future as his well-wishers are keen to know about it.

Medjo Simon Loti Omossola was born to his parents on May 5, 1998, in Yaounde, Cameroon. His father is reported to be Nigerian. So, Omossola holds Cameroonian nationality and belongs to the African ethnic background.

Regarding his body measurement, Omossola is a tall guy who peaks at an impressive height of 6 feet 2 inches (1.88 m).

More on His Professional Football Career

Omossola's football career began when he joined Coton Sport in the year 2015. He was a part of the respective team until 2020, and on September 22, 2020, he entered the Congolese club AS Vita. 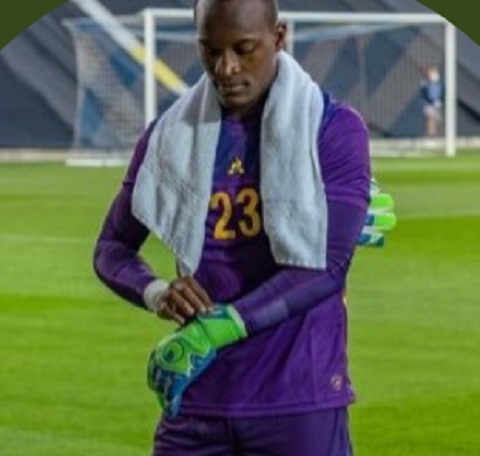 Speaking of his international career, Omossola represented Cameroon U20 and Cameroon U23 in a few games. And on June 9, 2019, Omossola made his debut for the senior team in a friendly match against Zambia.