Jerome Onguene is a professional footballer from Cameroon who is playing as a defender for the German Bundesliga club Eintracht Frankfurt and the Cameroon national team. The 6 feet 1-inch tall footballer wears jersey number 4 in his current squad.

As said earlier, Onguene plays for the national football team of Cameroon. But Onguene played for the youth teams of France initially. He is now listed in the Cameroon squad that is playing in the FIFA World Cup 2022. Besides thriving in his professional life, Onguene is also doing great in his personal life.

Jerome Onguene Is the Father of a Child

It is unknown whether Onguene is married or not, but his social media posts show that Onguene has already become a father. On July 19, 2022, Onguene shared multiple snaps of himself holding a child, and the caption read, "My Prince." 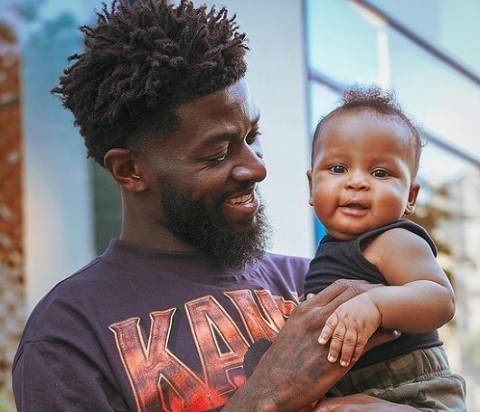 Jerome Onguene is a father of a child  SOURCE: Instagram @j_onguene20

From this, it becomes clear that Onguene has already started a family. However, the footballer has not given much info about his love life, due to which his partner's details also remain under investigation. As he has a son, we can speculate that Onguene may have a lover.

But Onguene prefers to maintain privacy and keep the information confidential.

More On His Salary & Net Worth

Onguene makes most of his gains from being a professional footballer, and his deal with his current team is pretty impressive. According to Transfermrkt, Onguene's market value is €3.50m, while the highest value was €5.00m on December 16, 2019.

As there is very little report about his earnings, we are unable to share facts about his salary too. Not to mention, Onguene has played for many teams in the past, and when he joined RB Salzburg, Onguene received a deal worth €2.00m. 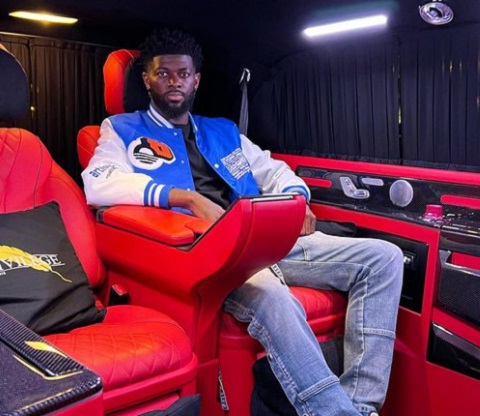 Before that, he also has a deal of €2.50m with the VfB Stuttgart team. Having played in various teams, Onguene may have preserved a decent fortune, and his net worth is speculated to be around $1 million to $5 million.

A Look At His Professional Football Career

Onguene's football career began when he joined AS Illzach Modenheim in 2009. With the respective team, Onguene played until 2011 and moved to Sochaux. During his senior year (2011-13) at Sochaux, he played in 45 games and also scored a goal.

For the 2017-18 season, Onguene joined VfB Stuttgart but didn't play in a single game as he was loaned to Red Bull Salzburg, with whom he played in 17 professional games, scoring four goals in total. Later, he also represented FC Liefering in three games and Genoa in four games. 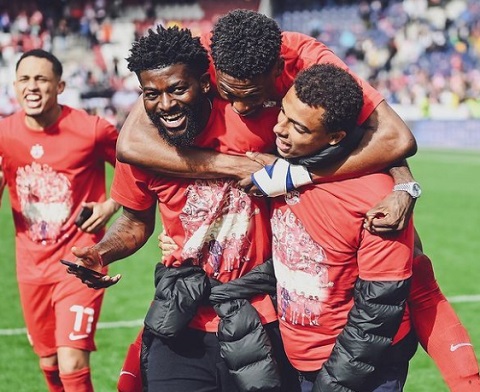 Moving into his career on the national team, Onguene played for France's U16, U17, U18, U19, and U20 teams. And on October 12, 2018, Onguene made his debut for the senior football team of Cameroon in a match against Malawi.

Jerome Onguene was born Jerome Junior Onguene on December 22, 1997, in Mbalmayo, Cameroon. Onguene was raised by his parents alongside his sister, whose name is unavailable in the media. Once, Onguene shared a photo with his sister on Instagram, where we can follow him as @j_onguene20. 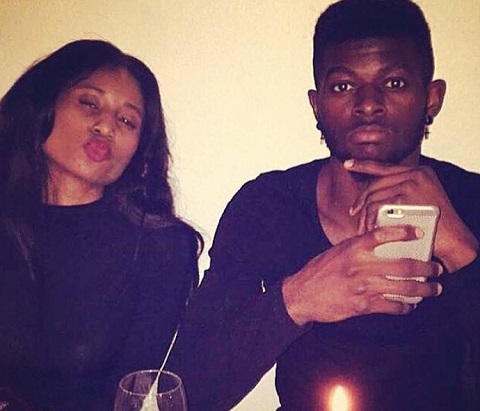 Apart from that, his father's name is Jean Manga Onguene, while his mother's name remains unknown.