Jeando Pouratt Fuchs, aka Jeando Fuchs, is a Cameroonian soccer player currently playing in the EFL League One club Peterborough United and the Cameroon national team. Fuchs put on jersey number 7 on his club jersey. Before being signed to Peterborough, Cameroonian played in Ligue 2, La Liga, the Israeli Premier League, and the Scottish Premiership. Sochaux, Alaves, Macaba Hlaves, Dundee United, and Peterborough United are some of his past teams.

For Cameroon national team, Jeando made his senior debut on November 20, 2018, in a friendly match against Brazil. Prior to Cameroon's senior squad, Fuchs was the French international at U-19 and U-20. He registered 14 games for France at the amateur level.

US Hesingue is the academy where he learned football for the first time. He was just seven years old when he enrolled in the academy. He spent ten years of his football career as a player for several teams, including FC Bartenheim and Mulhouse. However, his actual journey began in 2014 as a Sochuax team player. After his five years tenure at Sochaux, he joined La Liga, joining Alaves in the 2019-20 season. 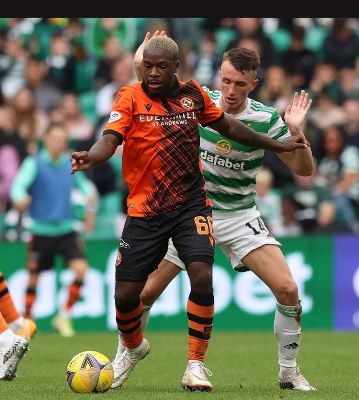 Unfortunately, without a single game appearance for Alaves, he moved to Maccabi Haifa on loan for a season. Afterward, he joined Dundee United in 2022 for two years. He recorded 38 League matches for Dundee United. Finally, on January 28, 2022, he agreed to join Peterborough United for an undisclosed fee for two and a half years.

Insight Into His Personal Details

Jeando was born with the family name Jeando Pouratt Fuchs on October 11 1997 in Yaounde, Cameroon. As of 2022, he is 25 years old. The athlete possesses a height of 5 ft 9 inches and weighs over 70 kg. He is a Cameron nationality and practices the Muslim religion. His parents are Cameroon natives. He is a good secret keeper. He has kept his family facts to himself only.

Likewise, we are unsure if he has any siblings by his side. Moreover, there is nothing much about his intimate facts due to his self-centered personality.

Salary Details And Net Worth

Jeando Fuchs's current net worth is estimated to be $1.5 million. The skilled footballer makes most of his earnings from his footballing career. He recently joined Peterborough United, so the club has not disclosed his salary detail yet. But with his former club Dundee United, he netted weekly wages of £3,100 and £1,61,200 annually. Notably, his salary was high at Alaves compared to others. At Alaves, he received £13,000 weekly and £6,76,000 yearly. 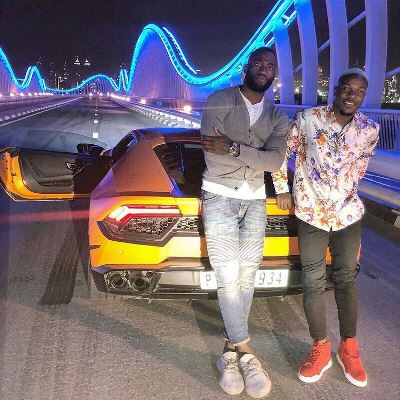 In addition, former Dundee United player Fuchs also aids his net worth from the remuneration from his national team. His present estimated value by the transfer market is €900K.

Does He Have A Girlfriend?

So far, there are no rumors or any facts about his dating life, so we may safely express that Cameron international is not dating anyone. At the moment, he is struggling with his soccer career. So, he is utterly dedicated to his job to bring it t the right track. Whenever his love status is general, we will update our tabloids.