Sharron Hunt Munson is one of four children born to a late American businessman, Lamar Hunt, a personality behind promoting American football, soccer, basketball, tennis, and ice hockey in the United States. He was the principal founder of the AFL, MLS, MLS's predecessor, the NASL, and co-founder of World Championship Tennis.

Sharron's Father, Lamar Hunt was an American billionaire businessman who was the owner of the Kansas City Chiefs of the NFL, the Kansas City Wizards, Columbus Crew as well as FC Dallas of MLS. Also, she is the grand-daughter of oil tycoon, H. L. Hunt who was reputed to have the highest net worth of any individual in the world at the time of his death in 1974.

In 2006, after Lamar's death, Sharron along with her siblings and step-mother inherited legal ownership of the Kansas City Chiefs. Reportedly, all her siblings own 24.5% of the share and the remaining 2% by Norma Hunt, Lamar's widow. 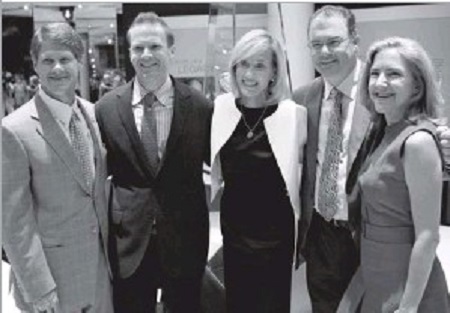 Her brother, Hunt Jr is part of the founding and operating family of the Kansas City Chiefs NFL team while step-brother, Clark Hunt, is the part-owner, chairman, and CEO of the team. Currently, the franchise value came to $2.5 billion.

Following her passion for arts, she is currently busy in it. Magister in Art History from Southern Methodist University, she currently stands as the president for Dallas Children's Theatre.

Though there is no exact figure on how much Sharron'e worth as of 2021, it is no less than hundreds of million-dollar.

Sharron Munson was married once but the relationship ended a long time ago. As a matter of fact, there is no information about her ex-husband, besides his name: David Munson. Her wedding was low-key so does her divorce.

With David, she shared four children. In 1995, they had their first daughter, Isabel Munson, who is now a DJ. Their second child, Boone Munson was born later three years in 1998. According to his Facebook profile, he worked at the Fashion Industry Gallery. In 2003, she gave birth to twins: Miles Munson and Lance Munson. 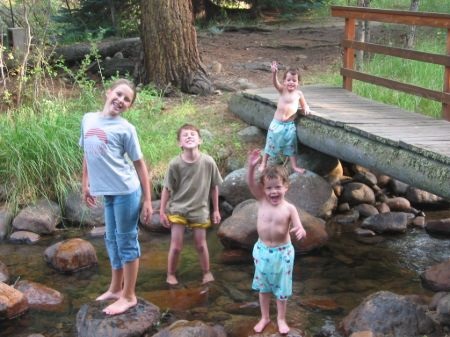 There is no detail about the child custody, but the fact that Sharron often shares pictures with the children, it is believed that the younger kids are still with the mother.

A bilingual, she is fluent in French, Canadian French, and Spanish.

Sharron Hunt is the only daughter born to Lamar Hunt and his first wife Rosemary Carr. Her parents had their first encounter in Dallas as teenagers. They went to Southern Methodist University together. After dating for years, they tied the knot in 1956.

Besides Sharron, the couple shared one more child Lamar Jr. Nevertheless, Hunt and Carr divorced in 1962, due in part to Hunt's travel schedule. 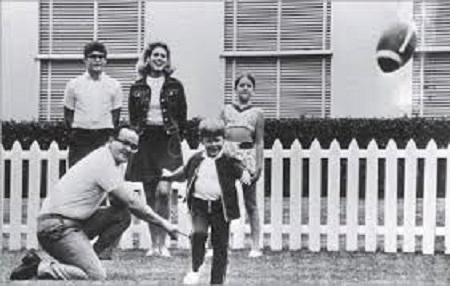 In 1964, Lamar remarried Norma Lynn Knobel, a schoolteacher, and hostess for the Dallas Texans. They were blessed with two sons, Clark and Daniel. Norma Hunt attended every Super Bowl and remained married to Lamar until his death on December 13, 2006, due to complications related to prostate cancer at Presbyterian Hospital in Dallas.

A Hockaday School alum, Sharon majored in Mathematics at Flagler College. Further, she did a Masters's in the Spanish Language through Texas A&M Commerce. In 2012, she enrolled at Southern Methodist University and earned Master's degree in Art History.