Shane Watson is a well-known Australian former cricket player. He is best known for his all-time record of 120 consecutive weeks of being at the No.1 T20 All-rounder. Watson played professional cricket for more than fifteen years, from 2002 until 2016. He won every trophy in his International career. Shane announced his retirement from all forms of cricket in November 2020.

Shane Watson was born Shane Robert Watson on June 17, 1981, in Ipswich, Queensland. He is among the two children born to Bob Watson and his wife, Barb Watson. Shane rose to fame only after his successful cricket career so, there is no information about his early life. Watson has a sister named Nicole Watson.

Shane Watson has an estimated net worth of more than $30 Million. He was the highest-paid non-Indian cricketer in the world for five consecutive years between 2011 and 2015. In 2012, Shane took home $5.9 Million, which included a salary of more than $2.9 Million and $3 Million from endorsement. 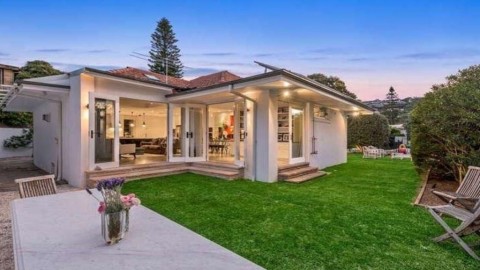 Watson had several sponsors like Gunn & Moore, Asics, TAG Heuer, etc., in his early days. From IPL, Shane earned more than $10 Million and ranked among the highest earners to date, and Virat Kohli is at the top of the list. Also, he played for several other Franchise cricket teams along with fellow teammates Mitchell Johnson, Glenn Maxwell.

Shane started playing in the IPL in 2008 with Rajasthan Royals with a salary of $125,000. He remained with the team until 2015. In his last two seasons with the Franchise, he took home close to $5 Million as his salary. In his final days, Shane played for Chennai Super Kings along with Dwayne Bravo. Shane recently bought a beautiful Mansion in Sydney for $6.8 Million.

Shane Watson's Married Life; Who is his wife?

Shane is married to his longtime girlfriend, Lee Furlong, on June 3, 2010. Lee works as a broadcaster. They had a private wedding ceremony at the Central Coast Resort where only family members and close friends attended the ceremony. The love birds first met each other in 2006. 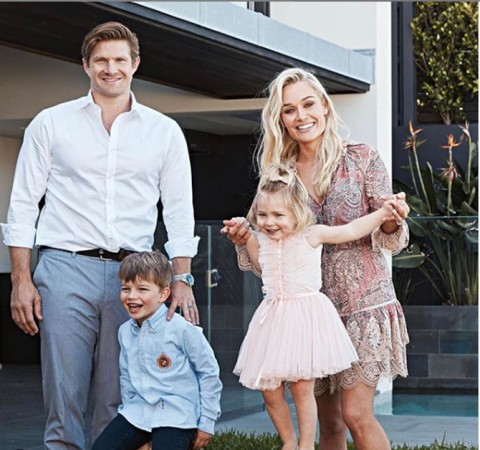 Shane with his wife and their children SOURCE: [email protected]

In 2013, Shane and Lee welcomed their first child, a son, Will Watson. In early 2015, Shane opened about expecting a baby shortly. In May 2015, the couple was blessed with their second baby named Matilda Victoria. It's been more than ten years of their marriage, and they have not reported having lows in their relationship.

Watson came to the limelight in 2011 after winning Allan Border Medal in 2010 and 2011. From October 2011, He ranked at No.1 T20 Allrounder and remained in the position until 2015. He is considered one of the most influential white ball all-rounders in this era. The cricketer played a vital role in the team while Australia won the 2012 World T20 World Cup.