If you are a cricket fan then, Mitchell Johnson must not be a new name. Johnson is an Australian former cricket player who took retirement from all forms in 2015. He is also the International Cricket Council's Sir Garfield Sobers Trophy award winner for the ICC Cricketer of the Year in 2009. Mitchell is best known for his 2013-14 Ashes series when he took 37 wickets in the five-match series, which Australia won 5–0.

Mitchell Johnson was born Mitchell Guy Johnson on November 2, 1981, in Townsville, Queensland. He was born to Vikki Harber and her husband, Kevin Johnson. Johnson started his career as a tennis player but later moved to cricket. Johnson stands six feet and two inches tall and weighs 96 kgs.

Mitchell Johnson has an estimated net worth of more than $10 Million. He credits most of his net worth to his successful cricketing career. A cricketer earns a considerable sum through his salary and from several other extra sources like the contract, Sponsorships, Player of the match/Series, etc. An Australian cricketer's average wage is more than $200,000. 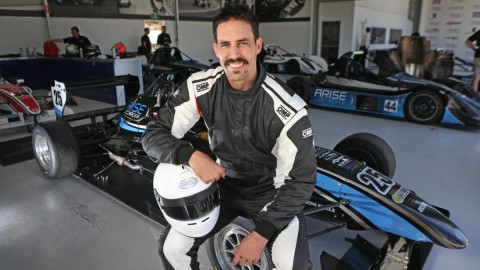 Johnson played in the Indian Premier League for seven seasons. He was part of the IPL title-winning Mumbai Indians team that drafted him in the 2012 season for $100,000. In the following season, He earned the same amount with the team. In 2014, Kings XI Punjab bought him for $1 Million. Johnson was part of the team until 2016.

In 2017, Mumbai Indians bought him for $150,000. He was one of the most successful bowlers in the season. After 2018, he announced his retirement from franchise cricket. Totaling his earning from IPL, He has made more than $6 Million.

Mitchell is not only successful in his career but also his personal life. Johnson tied his wedding knot with his longtime girlfriend, Jessica Bratich Johnson, on May 6, 2011. They had been dating each other for some years before their marriage. Jessica is a well-known former model and also a karate black belt. She has won several international competitions. 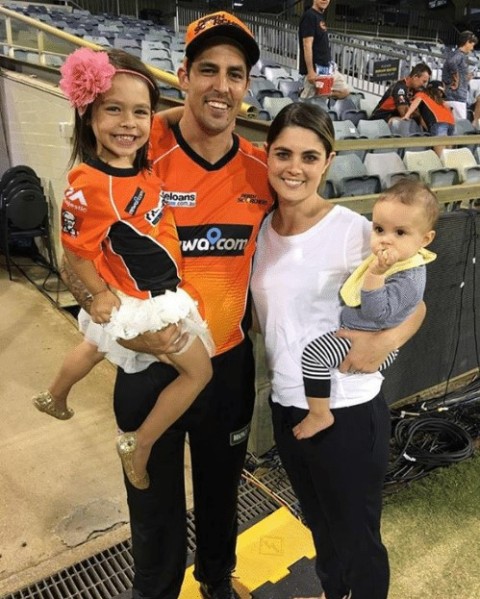 Mitchell Johnson with his wife and children SOURCE: Big Bash

Soon after the wedding, the love birds were blessed with a daughter, Rubika Anne Johnson. In 2016, the couple welcomed their second child, a son, Leo Max Johnson. The family of four seems to be living a happy life, but in 2019, in an interview, Mitchell revealed that his wife, Jessica, and his mother had some ups and downs.

Mitchell made his International debut in 2007 against Sri Lanka and secured a record of 4/96 in the match. He scored his first test half-century against India in 2008. The same year, Johnson took 8/61 in his match against South Africa. Johnson came into the limelight after the South Africa Tour of Australia in 2009 when he was named man of the series, with 16 wickets and over 250 runs in 3 matches.

In the India Tour, Johnson was dropped from the team and several other players like Shane Watson. In the 2013 Ashes series, Johnson returned to his form and won the series 5-0. In 2015, Mitchell reached the milestone of 300 wickets and at least 2000 runs. Johnson announced his retirement from all forms of international cricket on 17 November 2015. He was part of the 2015 ODI World Cup-winning team.