Glenn Maxwell is one of the most famous Australian professional international cricketers. He is best known for his impressive performance in short-format cricket, i.e., ODI and Twenty20. Although Glenn had made his Test debut in 2013, he did not play until 2017. Maxwell is the second Australian to score centuries in all three formats after Shane Watson.

Glenn Maxwell was born Glenn James Maxwell on October 14, 1988, in Kew, Vicotria, Australia. He is among the three children born to Neil Maxwell and his wife, Joy Maxwell. He has an elder brother named Daniel and a sister, Lisa Maxwell. Glenn started playing his junior cricket for South Belgrave CC. Talking about his physical appearance, Maxwell stands five feet and eleven inches tall and weighs 73 kgs.

How Rich is Glenn Maxwell? Know About His  Earnings from IPL, Sponsors, Big Bash

Glenn Maxwell has an estimated net worth of $40 Million. He credits most of his net worth to his successful career in Franchise and Country Cricket. Glenn earned $1,000 in 2012 from Indian Franchise Delhi Daredevils. He was set up for the auction in the following season, and Mumbai Indians bought him for a whopping $1 Million. 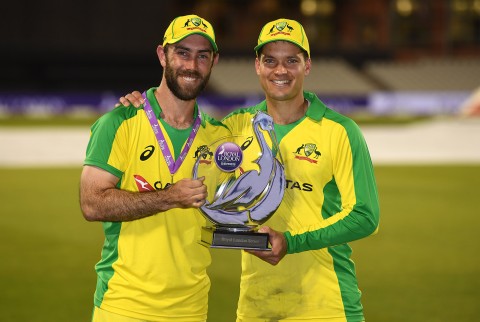 Glenn and Alex share a photo with Series Trophy in England SOURCE: ESPN

Maxwell is one of the highest-earning all-rounders in cricket history. He has earned more than $2 Million for his appearance with several franchises in Big Bash League. As of 2021, He is playing with the Royal Challengers Banglore, a team led by Virat Kohli.

Who is Glenn Maxwell's Girlfriend?

Glenn is involved in a romantic relationship with his longtime girlfriend, Vini Raman. The love birds have been dating each other for more than three years. In 2020, Glenn and Vini got engaged in a private ceremony. Maxwell was spotted wearing a sherwani during their engagement ceremony, which was done as per Indian customs and norms. 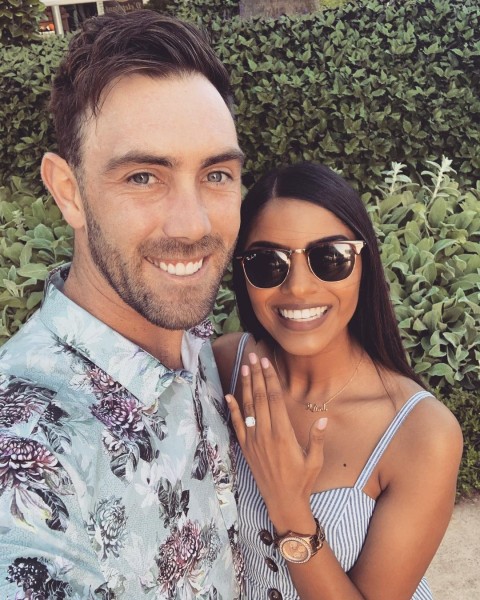 Glenn shares a photo along with his fiance, Vini SOURCE: [email protected]_32

Vini is a Melbourne-based Indian pharmacist. She is very supportive of her boyfriend, Glenn, and can be seen attending his games regularly. Both of them are active social media users and keep sharing each other's photos regularly.

Glenn Maxwell started his cricketing career in 2009 after making his debut for Victoria. He won the  Player of the Tournament award in Hong Kong Cricket Sixes. In his List-A career, Glenn scored the fastest half-century in Australian domestic one-day history.  He made it into the National Team for the UAE tour of 2012 but did not play a single game.

Maxwell made his International debut against Afghanistan. He had an average start to his professional career. In 2013, the Australian cricketer made his Test debut in the Indian Tour. He had a similar start to his Test career. He played for the Mumbai Indians in the IPL and had a good impact in the series.

In 2015, Glenn was part of the Cricket World Cup Winning team. He rescued the team from winning the Semi-final match against Sri-Lanka and blasted a 51-ball century, the fastest century by Australian in ODIs and the second-fastest in World Cup history. He ranked into the top-10 ICC one-day international batting rankings. In 2019, Maxwell helped his team to win their first ODI series in England in 2015.