Two Times-Twenty20 Internationals Champion Dwayne Bravo is a globally recognized Trinidadian cricketer. He is also the former captain of the West Indies cricket team. Dwayne is best-known for his variety of lengths he can bowl at and the lighting strikes with the bat. The multi-talented cricketer is also a singer.

Dwayne Bravo was born Dwayne John Bravo on October 7, 1983, in Santa Cruz, Trinidad, and Tobago. He is among the only child born to Jocelyn Bravo and her husband, John Bravo. He has a half-brother Darren Bravo, who is also a famous West Indian cricketer. Bravo stands five feet and nine inches tall weighs 72 kgs.

Dwayne has an estimated net worth of more than $10 Million. He credits most of his net worth to his successful career in cricket. A cricket player earns from several sources like his salary, sponsors, contracts, advertisement deals, sets. Dwayne has earned the most from the Indian Premier League(IPL), which sums to more than $6.5 Million. 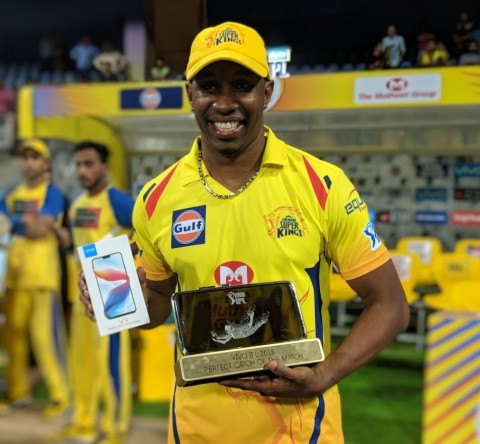 Dwayne  with his Award in the IPL SOURCE: Times of India

In 2018, the Cricketer took home $900,000 as his salary for a season. Until 2021, He has been retained by Chennai Super Kings and has earned more than $5 Million from this single Franchise. He has several sponsors in his career. Bravo must be making a reasonable sum through his singing career. Dwayne likes to spend his time in luxurious items and owns several such things.

Who is Dwayne Bravo Girlfriend? Know About His Affairs

Dwayne is living a happy life along with his girlfriend with his children. Bravo is involved in a romantic relationship with his longtime girlfriend, Josanna Khita Gonsalves. The love birds have been dating each other for more than four years. In July 2017, the duo welcomed their first child, a son, Dwadebravo. 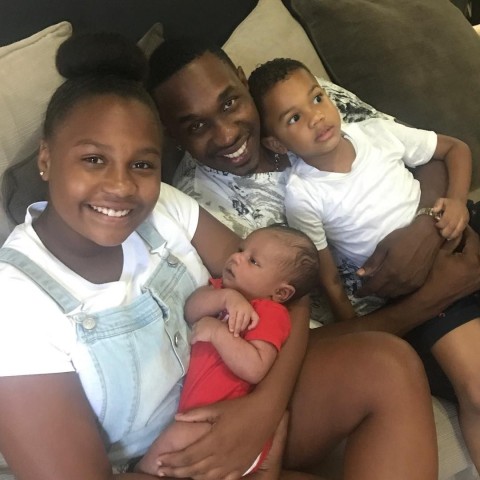 Dwayne is not only famous for his successful career but also known for his relationships. He was in a relationship with Regina Ramjit previously. The duo dated for more than four years. They were open about their relationship since 2013 but the pair separated in 2017, for some unknown reason and Dwayne found love with Josanna. He also has a daughter, Dwaynice Bravo, and another son, Dwayne Jr. He has not shared information about their biological mother.

Bravo started his professional career in 2003. He made his One Day International debut against England. In the following year, The cricketer made his Test debut in the Lords. In 2012, Dwayne was part of the 2012 ICC World Twenty20 Wining team. Then in 2016, The same team won another T20 World cup.

Dwayne is best-known for the short format of cricket. He is particularly known for his aggressive batting in the middle order and his death bowling. He is among the few players to play more than five hundred T20 games. In 2019, Bravo announced his retirement from International competitions but returned for the 2020 World Cup. The cricketer has played in more than dozens of leagues around the world along with Glenn Maxwell and Shane Watson.