Sergey Pinyayev is a famous football player from Russia who plays for Krylia Sovetov Samara. Pinyayev plays as a winger, and his jersey number is 9. Besides, he also plays as a right winger. The young footballer is yet to make his debut in the senior Russian national team but has already represented the U15, U16, U17, and U9 teams. On July 23, 2021, Pinyayev joined Krylia Sovetov Samara, and his contract with the team was extended on June 26, 2022, which expires on June 30, 2025.

From an early age, Pinyayev was interested in sports, and he used to play football. So, in his early days, he played for various teams like Torpedo Saratov, Lokomotiv Moscow, and Chertanovo Education Center. Further, Pinyayev is a hard-working player, and during his training session on July 20, 2022, he collapsed and was taken to hospital. Later, it was revealed that Pinyayev was diagnosed with a spontaneous pneumothorax. So, it will take around six months to recover.

Sergei Maksimovich Pinyayev was born on November 2, 2004, in Saratov, Russia. As of July 2022, Pinyaev is 17 years old. Pinyayev holds Russian nationality, and his height is measured at 5 feet 6 inches (1.67m). There is very little information about Pinyayev's early life and family background as Pinyayev has kept his mouth sealed. 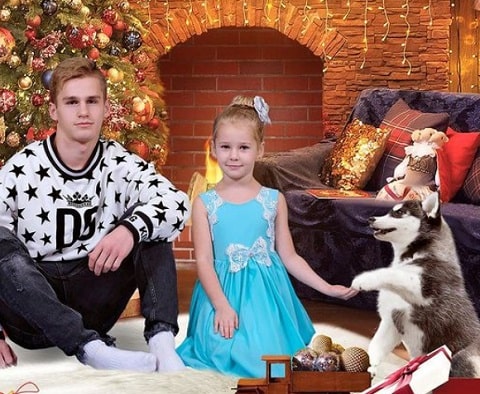 Sergei Pinyayev with his sister and their dog SOURCE: Instagram @spinyaev09

However, he has made some posts on his Instagram with a small girl who appears to be his sister. Pinyayev has a very good relationship with his sister and often goes to different places with her to have a good time. His father and mother have also supported him since the very beginning of his career. So, Pinyayev is currently making his parents proud of his achievements.

Beginning with his international career, Pinyayev represented the Russian U15 team from 2018 to 2019, with who he appeared in 10 games and gained eight goals. He is the youngest Russian junior national team player of all time. When he made his U16 debut, he was just 13 years and nine months. For the U16 team, he appeared in 6 games and scored four goals.

Similarly, Pinyayev played for the Russian U17 team making six appearances but didn't score any goals. Besides, he has also played for multiple clubs. Until 2013, he played at Torpedo Saratov. For the 2013-14 season, he was with Lokomotiv Moscow. Also, Pinyayev played for Chertanovo Education Center.

And on August 1, 2020, Pinyayev made his debut in the Russian Football National League for the team of FC Chertanovo Moscow, playing against FC Spartak-2 Moscow. In that match, Pinyayev came as a substitute for Dmitri Molchanov in the 63rd minute of the game. Also, Pinyayev is the youngest player ever to score in the FNL. When he was just 15 years, nine months and ten days old, he scored in the game against FC Irtysh Omsk. 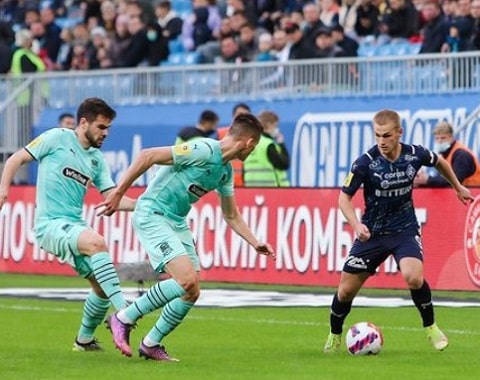 Likewise, Pinyayev played in the Russian Premier League and made his debut for PFC Krylia Sovetov Samara on July 30, 2021, playing against FC Spartak Moscow. And on September 22, 2021, Pinyayev scored his first goal against Znamya Truda. Also, he scored his first RPL goal on December 11, 2021, while playing in a game versus FC Rubin Kazan. During that time, Pinyayev was just 17 years and 39 days and became the third youngest goal scorer in RPL history.

Career Earnings: How Much Is Pinyayev's Net Worth?

Pinyayev has earned a decent sum of money from being a professional footballer. Just at the age of 17, Pinyayev has already gained experience and playing for multiple teams; he has made a fair profit. Currently, Pinyayev plays for Krylia Sovetov Samara, and his market value is reported to be €1.70m.

When moving from Chertanovo to KS Samara, his transfer value was €800Th. Currently, Pinyayev is at the peak point of his career, and he is focused more on it. So, his income will surely increase in the future as Pinyayev is working pretty hard to get more name and fame. After playing for the senior national team, his salary may grow. Furthermore, he also works with Nike and wears outfits of the respective brand.

Is Sergei Pinyayev In A Relationship With His Girlfriend?

Talking about his relationship status, Pinyayev appears to be a taken man who has a girlfriend named Natalie. With her, Pinyayev has made various posts going out in different places. Pinyayev made his first post on Instagram with his partner on June 6, 2021.

His girlfriend appears to be involved in the entertainment line as her Instagram bio shows she is a comedian. Furthermore, Pinyayev and his lover have gone to various places, including Burj Khalifa. On January 8, 2022, the pair made a post on their account in front of Burj Khalifa. Moreover, their relationship is growing stronger day by day, and they may give more updates regarding their lifestyle in the future.

Since 2017, Pinyayev has been using Instagram and making regular posts about his personal and professional life. His first post on Instagram came on September 17, 2017. But now, he is not much active as Pinyayev is doing bed rest.

So, we can follow them on these social media platforms to get more information about their lifestyle.

Explore PlayersWiki To Learn Everything About Your Favorite Players' Bio, Gossip, News, and more!!!