Daniil Olegovich Lesovoy, better known as Daniil Lesovoy, is a professional-level football player from Russia currently playing for FC Dynamo Moscow. Daniil is positioned as a left winger for his fellow club, but he also plays as a center forward and Second Striker.

The FC Dynamo Moscow teammate Daniil wears jersey number 19 for the club and prefers to use his right foot. Besides, Dannil has played for multiple clubs so far in his football career. Hence, he is one of the most experienced and notable Russian football players, whose current market value is €4.00 million.

Daniil started his career as a footballer in 2004. Besides, he always had a keen interest in the vocation and wanted to be the best footballer. Daniil is hardworking, and he has a sportsman spirit which led him to be a renowned footballer around the world.

Additionally, Daniil began playing for the Ukrainian professional football club, Dynamo Kyiv, where he spent most of his youth career from 2004 to 2016. Later he joined the Russian club, Football Club Zenit, where Daniil spent both his youth and senior career. He played for two seasons in the FNL division by representing the club. On 2018, Lesovoy was transferred to Arsenal Tula on loan, where he played three seasons, including 2018-19, 2019-20 and 2020-21, in a premier league division. Lesovoy played for the team up to 2020 and joined FC Dynamo Moscow in 2020, where the footballer has already played two seasons and scored five goals.

While talking about his international career, Daniil began to play for his national country team in 2014. Being a dual citizenship holder, Daniil has played for both the country Ukraine and Russia. Besides, he has represented his home countries in matches like Under 16, 17, 20 and 21. Additionally, Roman Yevgenyev is also the Russian football player currently plays for Krylia Sovetov Samara.

Daniil was born on July 12, 1998, in Moscow, Russia. Likewise, he is 24 years old as of this year. Further, his star sign is Capricorn. Despite being born in Moscow, he was brought up in Ukrainian tradition as Lesovoy moved to Prague, the Czech Republic, at an early age and moved to Kyiv, Ukraine.

In addition to this, Daniil is a dual citizenship holder as he holds Russian and Ukraine nationality. Nothing much we know about the footballer at this moment as he has barred his private life away from the media's eyes. Similalry, the facts about his academic career are a mystery to us, but Lesovoy seems to be well educated. 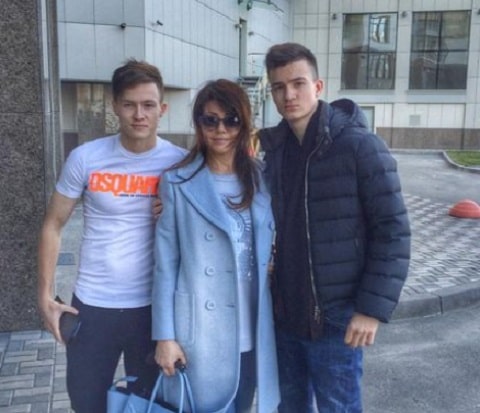 Apart from that, the right-footed player hasn't revealed his parent's details, including their name and identities. Despite many questions, Daniil hasn't talked about his family life so we couldn't speak anything about them at the moment. Similalry, none of the sources have exposed if he is the single child of his parents or siblings, but while exploring his social media handle, we can see that Lesovoy has a brother whose name is still not publicized.

Salary And Net worth

Daniil Losovoy is one of the renowned and popular football players who has a remarkable history of playing for his club and national team. So, without any doubt, we can say that he has earned a valuable net worth from his professional career as a football player. Likewise, the left winger Daniil has an estimated net worth of $ 1 million- $ 1,5 million.

As per our recent data, the average salary of a Russian football player is RUB 632,371, so Losovoy must be receiving the same range of money as the exact facts on his salary remain unclear. According to transfermrkt, Lesovoy's current market value is €4.00 million, and on December 29, 2020, Daniil had the highest market value of €5.00 million in his football career. Additionally, the major source of his income is his football career. With such huge earnings, Lesovoy must maintain a good living style as the footballer loves to travel to new places and is often seen traveling and visiting different locations during his vacation. Looking at his social media life, the football player has amazingly maintained his lifestyle.

Daniil Lesovoy is currently dating his girlfriend, Karina. Besides, the couple has shared pictures on social media handles. However, both the partners have made an open confession about their dating. While talking about his girlfriend Karina, she has barred his social media life, so we can't say much about her now. 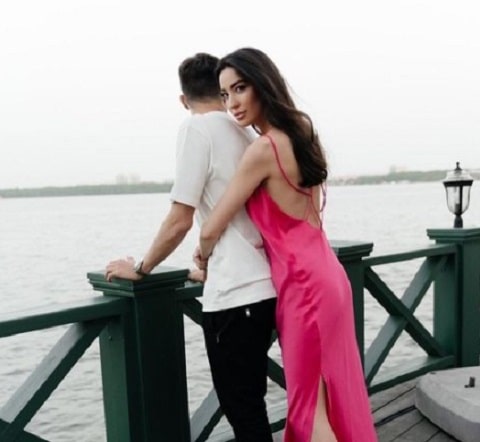 Likewise, fans are captivated by Lesovoy's dating life and want to know more about it, but sadly very few details are available about it, and we have no clue if they are engaged or not. Likewise, none of the lovers have hinted regarding their wedding plans. Well, they might currently focus on their career rather than creating a new family, so Daniil fans must wait some more time to see their favorite players sharing wedding vows.

The handsome hunk, Lesovoy, is active on Instagram, where we can follow him under the username @daniil_lesovoy. Further, he has gathered more than 6k followers on his Instagram handles and shared over 45 posts as of this writing.

Lesovoy is active on the platform and shares his daily life updates and stories. Besides that, he loves sharing pictures with his lover and friends. Lesovoy often communicates with his and through the Instagram handle.

For your concern, his Instagram handle is already verified.

For more interesting facts about your favorite athlete, stay tuned to Playerswiki