Gamid Agalarov is a Russian professional footballer who plays for Akhmat Grozny. His main position is a center-forward, and he wears jersey number 77. In his youth career, Agalarov played for Anzhi Makhachkala and later got associated with multiple clubs. Agalarov was also called up to play for the Russian national team in October 2021 for 2022 World Cup qualifiers.

Apart from that, Agalarov is also recognized as the son of Rusland Agalarov, a professional football manager and a former midfielder. Further, Agalarov has been playing with his current team, Akhmat Grozny, since signing a contract on July 15, 2022. His contract with Grozny expires on June 30, 2025. The young football has outstanding football skills that have helped him gain a name and fame.

Gamid Ruslanovich Agalarov was born on July 16, 2000 in Makhachkala, Russia. Aglarov comes from an athletic family background as his father is also a professional football player and manager. His dad Ruslan represented the Uzbekistan national team. Rusland was selected as caretaker manager of FC Anzhi Makhachkala on September 29, 2015. From 2010 to 2014, he also worked as a coach to Anzhi Makhachkala. 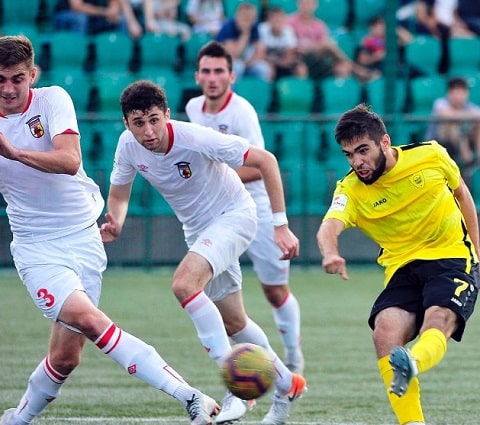 Gamid Agalarov playing in one of his games SOURCE: Instagram @agalarov.g

Apart from that, Aglaraov also has an uncle named Kamil Agalarov, who is a Russian professional footballer. Kamil made his professional debut in the Russian First Division for FC Dynamo Makhachkala on August 8, 2005, playing against FC Avangard Kursk.

Talking about his career at the club, Agalarov participated in the Russian Professional Football League and made his league debut by playing with the team of Anzhi-2 Makhachkala on May 11, 2018, versus FC Krasnodar-2. Later, representing Anzhi Makhachkala, he made his Russian Premier League debut on July 28, 2018, in a match against FC Ural Yekaterinburg.

Gamid Agalarov playing in one of his games SOURCE: Instagram @agalarov.g

Before that, he represented the national team at various levels. Playing for the U18 squad, Agalarov made six appearances and scored four goals. From 2018 to 2019, he was with the Russian U19 team, with whom he played in 11 games and had three goals. Also, he played for the U20 team, with whom he appeared in 3 matches scoring two goals. Aleksandr Sobolev and Andrey Lunyov are also professional football players hailing from Russia.

Agalarov has been playing football for a long time. So, he makes most of his income from his profession as a footballer. In Russia, a football player has an average salary of around $10583.64 per year and $5.09 per hour. So, from his current team, Agalarov may be receiving in the same range.

Further, Agalarov's market value is €6.00m. Before coming into his present team, he played for multiple teams, and while transferring to various clubs, he may have received a fair profit. Participating in numerous games, Agalarov has given his best, and his performances have helped him receive good cash prizes. 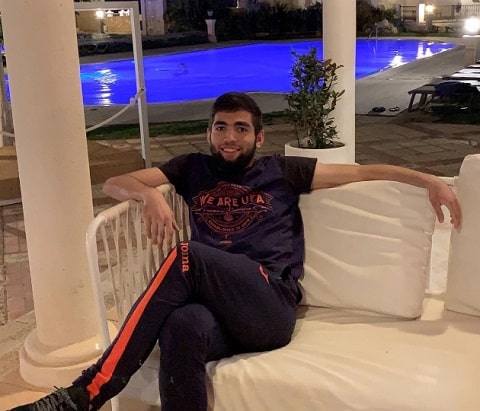 Apart from making money from his career, Agalarov also makes money by collaborating with sports brands and companies. So, Agalarov lives a lavish life, and we can explore his lifestyle by following him on social media.

Love Life: Is He Dating Someone or Single?

The young professional player, Agalarov, appears to be a single guy who does not have a girlfriend or a wife. Also, his recent social media posts do not give any suggestions regarding his love affair. So, Agalarov lives a solitary life and is focused entirely on his career at the moment. Gamid Agalarov with one of his friends
SOURCE: Instagram @agalarov.g

Besides, Agalarov is a very private person and does not like to share much about his personal life in the media. Due to his secretive nature, Agalarov's personal information is not much available in the public domain. Furthermore, Agalarov is a family man, but he keeps them away from media prominence.

Gamid Agalarov is an active social media user who is mainly active on Instagram. His Instagram username is @agalarov.g, and he has collected more than 19.4k followers at the time of this post. Besides, his account is also verified.

Some Interesting Facts About Gamid Agalarov