Sebastian Munoz is a well-known Columbian professional golf player. He has been playing at a professional level since 2015. Munoz currently plays in the PGA Tour and European Tour. Sebastian started his professional career playing at the Web.com Tour. Munoz has won four professionals wins, including one PGA Tour, One Korn Ferry, and two others.

Sebastian Munoz was born Juan Sebastian Munoz on January 4, 1993, in Bogota, Columbia. He has kept his parents and early life out of media reach. After graduating from High School, Sebastian enrolled at the University of North Texas and played golf. Talking about his physical appearance, Munoz stands exactly six feet and weighs 81 kg.

Sebastian Munoz's Net Worth in Millions

Sebastian Munoz has an estimated net worth of more than $5 Million. He credits most of his net worth to his successful career as a golf player. A golf player earns the prize money as per the score at the end of the series. In addition, They make a huge sum from their sponsorship and advertising deals. 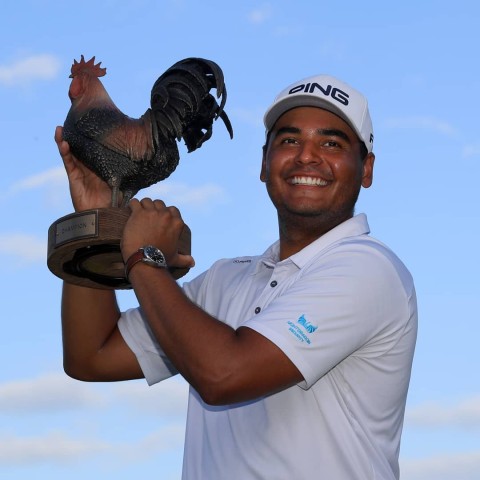 Sebastian has already earned $432,990 as his prize money while playing in just five events of the PGA Tour. Last season, He took home $2,097,446 while appearing in thirty-two PGA events and had finished in top10 in four events. Munoz earned $563,900 in his rookie year of 2016. The following season, The player appeared in just two events and made $17,675.

In the 2018/19 season, Munoz crossed his $1 Million earning when he earned $946,666 playing in twenty-six events. The following season, Sebastian earned $2,864,142, which is his highest-earning in a single season. Totaling his prize money from PGA events, it sums to $6,922,819. He is very much early in his career and will be adding much more to his net worth.

Who is Sebastian Munoz Married To? Know About His Wife and Relationship Status

Sebastian is an active social media user and very much open about his relationship status. Munoz is married to his longtime girlfriend, Daniela Granados. The duo walked down their wedding aisle in September 2020. They had a private wedding ceremony in their hometown in front of family members and close friends. 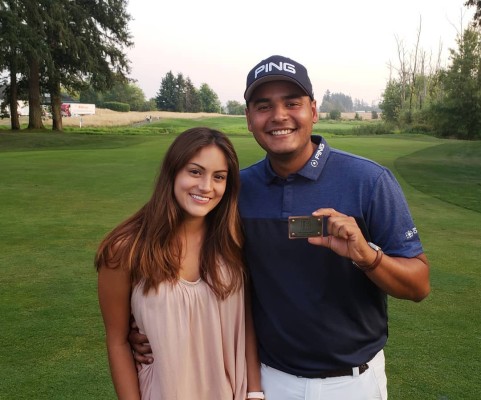 Daniela is very much supportive of her husband and keeps attending his games regularly. The duo is yet to add a new member to the family.

Munoz started playing golf at the age of three along with his father. He won his first amateur title at 2010 Copa Joaquin y Tomas Samper Brush, Canadian International Junior Challenge. Sebastian enrolled at the University of North Texas and won two tournaments his senior year including the Conference USA Championship.

Sebastian turned professional right after graduating from the University in 2015. He played at the PGA Tour Latinoamerica's Developmental Series and two tournaments. Munoz won his first major title at the Club Columbia Championship at the Web.com Tour. He also made his PGA debut the following season. In September 2019, Sebastian won his first PGA Tour event at the Sanderson Farms Championship in a playoff over Im Sung-Jae.