Adam Hadwin is a well-known Canadian professional golf player. He is currently playing at the professional level for more than a decade. Adam turned professional in 2009 and played in Web.com Tour and Canadian Tour. Hadwin has already won twelve professional events, including nine others, two Korn Ferry tours, and one PGA Tour.

Adam Hadwin was born on November 2, 1987, in Saskatchewan, Canada. He is the son of Gerry Hadwin and his wife, Brenda Hadwin. His father is a golf club professional who joined the Canadian PGA in 1979. Hadwin graduated from High School and enrolled at the University of Louisville. Adam stands five feet and eight inches tall and weighs 73 kg.

Know About Net Worth and Career Earnings of Adam Hadwin

Adam Hadwin has an estimated net worth of more than $10 Million. He has accumulated most of his net worth through his career in PGA Tour events. Adam must be making a handsome amount through his sponsorship deals with NHL and NHLPA, NBA and NBPA. In the ongoing season of 2021, Hadwin has earned $951,728 while playing in twenty-five PGA events. 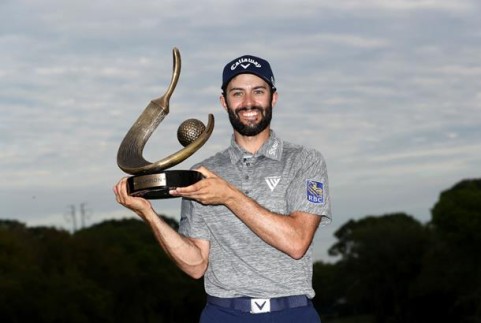 Adam shares a photo with his PGA title in 2017 SOURCE: Getty Images.

Adam is married to his longtime girlfriend, Jessica Dawn Kippenberger. The duo walked down their wedding aisle in March 2017. The duo had been dating for several years before tying their wedding knot. The love birds went to Tahiti for their honeymoon. 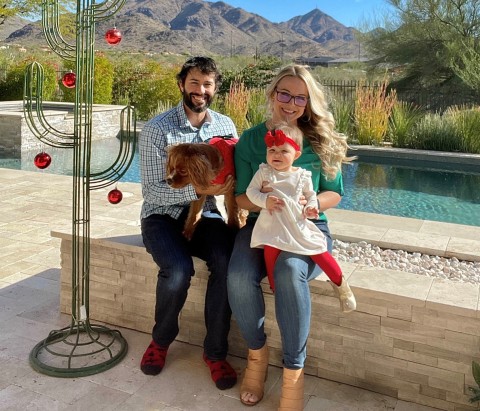 Adam shares a photo with his wife and daughter in Christmas SOURCE: [email protected] Hadwin.

Shortly after the wedding, Adam and Jessica welcomed their only child, Maddox Amelia Hadwin, in January 2020. The family of three is living a happy married life. Jessica is very much supportive of her husband and keeps attending her games,

Adam played golf for his High School and enrolled at the University of Louisville with a golf scholarship. He earned All-American Honorable Mention in 2009. Hadwin turned professional in 2009 and made his debut in Web.com Tour. The Canadian player won his first professional title at the Vancouver Golf Tour of Ledgeview Open. Hadwin won a 2009 Gateway Tour Winter Series Sponsorship event.