Sean Brady is an American professional mixed martial arts (MMA) fighter who is currently signed to the Ultimate Fighting Championship (UFC) under welterweight division. A professional since 2014, he previously competed at CFFC, LFA, and Shogun Fights.

Philadelphia, Pennsylvania native, Sean Brady was born on 23rd November 1992, under the star sign Sagittarius. The twenty-seven years old is an American by nationality and if of white ethnic background. Regarding his physique, 5'9" 175.26 CM tall and weighs 169 LBS 76.66 KG.

As of 2020, Sean Brady's net worth is approximately $0.2 million. Currently, he is signed to the UFC where the fighters get paid a base salary on fight night no matter if they win or lose, “win bonus” is involved for the winning fighter, “fight of the night” and “performance of the night” bonuses.

Additionally, he is sponsored by Pure Potent CBD and Bodybuilding. 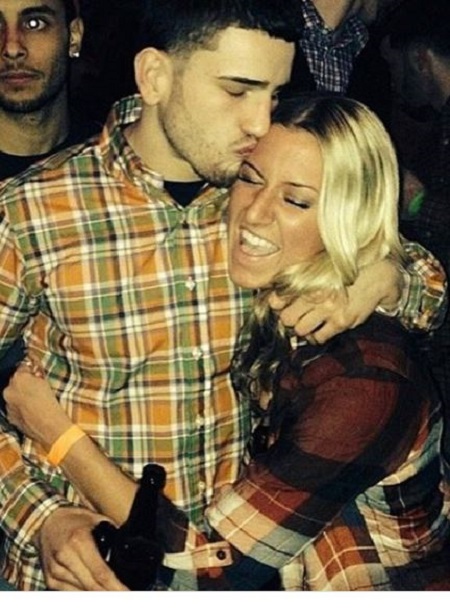 Brady is not shy to flaunt his love for his girlfriend on his socials. On the contrary, Kristen Green has set her Instagram account private.

On 9th August 2014, Sean Brady made his professional debut at CFFC 38 - Felder vs. Johnson where he faced Paul Almquist. He won the fight via TKO punches. He spent competing till 2017 compiling six more wins. On 17th March 2018, he defeated Colton Smith at Shogun Fights - Fort Lauderdale via unanimous decision. He next fought at LFA 49 - Brady vs. Urbina against Gilbert Urbina. He won the fight via unanimous decision.

On 16th February 2019, he returned to CFFC where he faced Tajuddin Abdul Hakim at CFFC 72 - Brady vs. Abdul-Hakim. He won the fight via TKO punches.

On 18th October 2019, Sean made his UFC debut at UFC on ESPN 6 - Reyes vs. Weidman against Court McGee. He won the fight via unanimous decision. His second fight came on 29th February 2020 at UFC Fight Night 169 - Benavidez vs. Figueiredo against Ismail Naurdiev. He won the fight via unanimous decision. On 29th August 2020, he is scheduled to face Christian Aguilera at UFC Fight Night 157 on 29th August 2020.