Christian Aguilera is an American professional MMA fighter who is currently signed to the Ultimate Fighting Championship (UFC), under the welterweight division. A professional since 2013, he has compiled a record of 14-6-0 (win-loss-draw). He is ranked #96 in the Current Best MMA Welterweight Fighter.

Brea, California native, Christian Aguilera was born on 25th November 1991, under the star sign Sagittarius. The twenty-eight years old holds an American nationality and of white ethnic background. Regarding his physique, he stands 5'9" (175cm) tall and weighs 170.5 lbs.

How Much Is Christian Aguilera Net Worth?

Christian Aguiler is currently signed to UFC where he fighters get paid a base salary on fight night no matter if they win or lose, a “win bonus” involved for the winning fighter, “fight of the night” and “performance of the night”. On average, the average UFC fighter makes $130,000 per annum.

Additionally, Aguilera is sponsored by CBD OIL, 2 iLL, Ballsy Brand, Quest Protein, and CBD Balm. As of 2020, his net worth is around $0.2 million.

Christian Aguilera is a married man. However, the MMA fighter is yet to come out with his love story. A matter of fact, there is no information about his wife, not even her name. 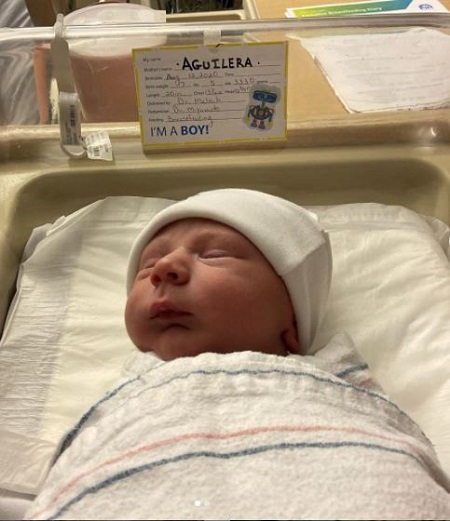 On 15th February 2020, Christian announced he is expecting his first child. On 12th August 2020, he came father following the birth of their baby boy, Jason Dean Aguilera.

On 25th October 2013, Christian made his professional debut at BAMMA USA - Bad beat 11 against Blake Belshe. He won the fight via split decision. Further, he had two more wins at BAMMA. On 6th February 2015, fought at RFA 23 - Murphy vs. Ware Tim Quiroga. He won the fight via TKO punches. Then, he returned to BAMMA. Also, he competed at KOTC, CFFC, CXF, CG, and LFA.

On 13th June 2020, Christian made his UFC debut at UFC on ESPN 10 - Eye vs. Calvillo against Anthony Ivy. He won the fight via TKO punches in round one. Moreover, he is scheduled to face Sean Brady at UFC Fight Night 176 on 29th August 2020.