Samuel Girard is a Canadian professional ice hockey who is currently playing for the Colorado Avalanche in the National Hockey League (NHL) as their defenceman. He was picked 47th overall in the 2016 NHL draft by the Nashville Predators.

How Much Is Samuel Girard Net Worth In 2019? Know His Contract and Salary

As of 2019, Samuel Girard has an estimated net worth of $3 million, mostly earned through his NHL career. The hunk is currently under a seven-year, $35 million contract with the Avalanche, carrying an annual average of $5 million. 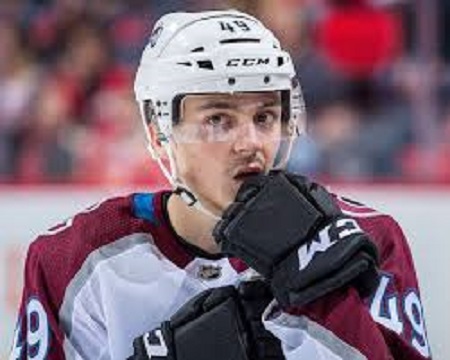 His salary throughout his career:

With a tremendous net worth and salary, the NHL star is living a lavish lifestyle. Besides, there is no information about his real estate properties and cars owned by him.

Samuel Girard, 21, is neither married nor single. Currently, he is dating his girlfriend, Jacklyn. As of now, he lives with his girlfriend at a rented property in the Cherry Creek area. 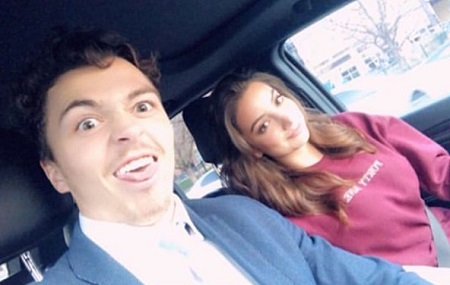 Besides, there are no records of his past affairs and girlfriend. Also, he seems a quite confidential person when it comes to his personal life. Additionally, he has set his Instagram account private.

A native of Roberval, Quebec, Canada, Samuel Girard Was born on 12th May 1998. His star sign is Taurus. Further, he holds a Canadian nationality.

Girard has shared much information about his parents, siblings, and academic background.

In 2011, Girard played in the Quebec International Pee-Wee Hockey Tournament with a minor ice hockey team from Lac-Saint-Jean. After that, he spends three seasons with the Shawinigan Cataractes of the Quebec Major Junior Hockey League (QMJHL).

In the 2016 NHL Entry Draft, he was selected by the Nashville Predators in the second round, 47th overall. On September 29, 2016, he signed to a three-year, entry-level contract with the team.

on October 10, 2017, he made his NHL debut against the Philadelphia Flyers, registering a –1 rating and recorded his first point with an assist on a goal by Filip Forsberg.

On 5th November 2017, he was traded to the Colorado Avalanche, in exchange for Kyle Turris. On July 31, 2019, Girard signed a seven-year, $35 million contract extension with the Avalanche. His famous teammates include Matt Calvert, Nazem Kadri, and Nikita Zadorov.