MVP Award winner Sami Whitcomb is an American-Australian professional basketball player who plays in the Women's National Basketball Association (WNBA) for the Seattle Storms as in 2019 as their shooting guard or small forward. Sami has also played for Rockingham Flames, Wolfenbüttel Wildcats, Chicago Sky, and Perth Lynx.

Sami is openly a lesbian and is married her partner Kate since 2017.

Sami Whitcomb is openly a lesbian and is married to her girlfriend Kate in 2017 since they have been together for a very long time and the couple got married in the United States. 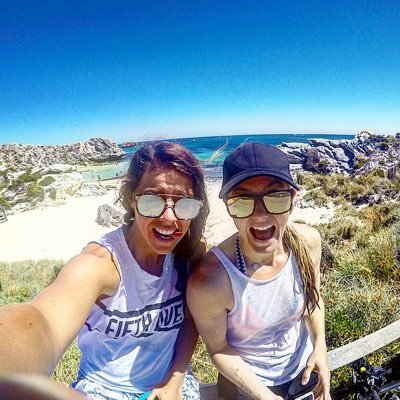 Further details about her spouse are not yet disclosed on the media. Sami and her spouse got their marriage recognition in Australia after the rule of same-sex marriage were changed. Currently, she is living happily with her spouse Kate.

In addition to this Whitcomb hasn't shared any information regarding his past affairs or relationships on the media. As going on exploring her official social site, there isn't much found about her personal life and family.

How Much Has Sami Whitcomb Earned? Her Net Worth And Salary

Sami Whitcomb has so far earned a decent amount of money and she might have an estimated net worth of above $300,000 as of 2019.

Besides her WNBA career, she also played in several other leagues, so it can be assumed that she has made a nice amount of money from her basketball playing career bu the exact amount is not yet available. Furthermore, she is found to be promoting the NIKE brand since she might be getting a good amount from them.

Sami Whitcomb was born to parents Jan and Sander Whitcomb, on July 20, 1988, in Ventura, California, United States. Whitcomb is American-Australian by nationality since she acquires bot the nation's citizenship and belongs to the white ethnic group.

As talking about her family members, she also has a brother named Jason and her father's older brother Roy Schmidt was a former NFL player.

Sami started her high school career with the Buena High School where she held several records in basketball games. Later on, she played her college games with the University of Washington.

Sami Whitcomb began her professional basketball career after ending her college career with the University of Washington. She began her career with the Chicago Sky entering into their training camp in 2010. In the meantime, she also played for Chemnitz of Germany in the 2011-12 season.

Later on, Sami played in the State Basketball League (SBL) in Western Australia for the Rockingham Flames. After that, Whitcomb played for the team Perth Lynx of the Australian basketball league called Women's National Basketball League starting from 2015 season.

Whitcomb's WNBA career started with the Seattle Storms in 2017 and since then she is with the Storms team and is playing alongside Sue Bird and Breanna Stewart.