Samantha Cerio, the SEC Scholar-Athlete of the Year in 2019, is a former American college gymnast whose gymnastic career ended after she faced a gruesome injury at an NCAA gymnastics competition dislocating both knees and multiple torn ligaments.

Born to Becky and Michael Cerio Samantha in 1996 in Huntersville, N.C, Cerio has attended South Iredell high school and graduated with a degree in Aerospace Engineering from the Samuel Ginn College of Engineering. Having ended her gymnastics career, she is currently in the limelight as she accomplished another dream. Read the article to know her another goal.

Samantha Cerio could not accomplish her dream to become the best gymnast like Simone Biles however, she has achieved another goal- getting married. She recently exchanged her wedding vows with Tery Wood June 2019- only two months after her surgery.

Her husband Tery is a Nuclear Operator with the United States Navy. 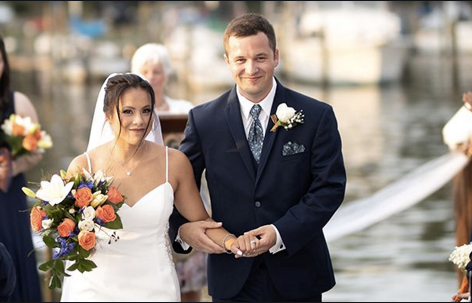 Samantha Cerio With Her Huband Terry Wood At Their Wedding SOURCE: [email protected]_cerio

Their marriage ceremony was held at Fairhope Yacht Club in Alabama where they were surrounded by their friends and family.

Before her marriage, she got knee surgery after dislocating both of her knees while attempting a handspring double front. She somehow managed to walk on her feet at her wedding and during her marriage ceremony she said,

Terry and Samantha used to know each other since college days since they both attended Coastal Alabama College and later studied Aerospace engineering at Auburn University.

The retired Auburn member Samantha Cerio's gymnastic career ended in her college and could not make an appearance in professional competitions. However, she has a degree in aerospace engineering and some reports claimed that she has already agreed to a job in Seattle with Boeing as a structural design analysis engineer on rockets. She probably will earn thousands of dollars as soon as she joins the job. 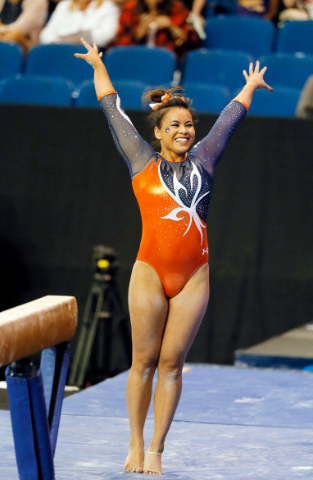 She is a former Auburn alumna and appeared in several gymnastic competitions. She has received several awards and honors and reportedly made thousands of dollars from the winnings but was not paid as college athletes make no money. Instead, they receive scholarships from college for fooding and lodging.

The 22-year-old Auburn star faced a brutal accident during a competition in April  2019. While performing gymnastic, she dislocated both of her knees and broke one leg. Her multiple ligaments had torn at the moment after landing awkwardly during a floor routine at the NCAA Regionals in Baton Rouge, Louisiana.

She is just 22 years old and she was one of the potential gymnasts of Auburn but after her awful moment at  NCAA Regionals in Baton Rouge but chose to get retired from her professional career.

A member of the Auburn Gymnastics team who has earned All-SEC awards between 2017 and 2018, and before that she was on the All-SEC freshman team in 2016.