Sam Adekugbe is a professional football player from Canada and currently plays in the Turkish professional league called Super Lig. He plays in the left-back position for Hatayspor and has been playing for them since 2021. He wears jersey number 23 for the club.

Sa Adekugbe also plays for Canada's national team. He has been representing Canada's senior team since 2015. In 2015, he played in the CONCACAF Under 20 Championships but couldn't secure top position. He has also played in the Qualifier of the 2018 World Cup.

Samuel Ayomide Adekugbe, famously known by the name Sam Adekugbe was born on January 16, 1995, in London, England. According to astrologers, his birth sign is Capricorn.

He was born to his father Ben Adekugbe and Dee Adekugbe. His parents are originally from Nigeria and moved to England in the early 2000s. Later in 2005, they migrated to Canada. Since then, Adekugbe's family is living in Canada. 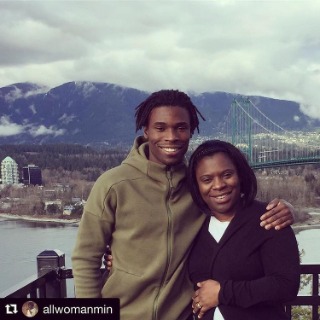 There is not much information about his father, but he is a proud son of his mother Dee. He has shared her photos on his social media and appreciated her sacrifices.

He was born and raised along with his brother Elijah Adekugbe.

Are Sam and Elijah related?

According to Wikipedia, Sam and Elijah are related as brothers. They were born to the same parents. Elijah is 1 year younger than his elder brother Sam.

Both Adekugbe brothers were fans of Manchester City. Both Adekugbe's siblings started playing football together during their early years.

How tall is Samuel? How much does he weigh?

His weight is around 65 kg and has long hair. During the match, he mostly wears a black band.

How much is Sam's Net worth in 2022? What is his salary at Hataysur?

According to the sources, the net worth of Canadian defender Sam Adekugbe is estimated to be $600,000 approximately. His main source of income is from playing football professionally. 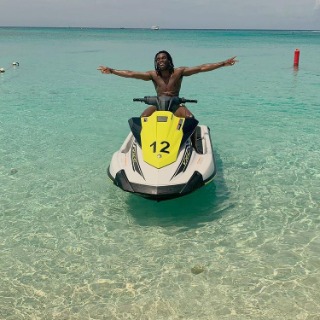 He is living a moderate lifestyle with his family in Canada.

It is not sure how much he earns at Hatayspor, but it is estimated that he earns about 100,000 per year at his current club. During that time he used to play for MLS club Vancouver Whitecaps FC. Market Value of Sam A

Since joining, Hataysur, Sam's market value has increased rapidly. His market value in 2022 is 1.4 million pounds which is the highest he has ever had.

In 2018, Valerenga bought him just 150 thousand pounds from Vancouver before he moved to Hataypur.

Who is the outfitter of Adekugbe?

As per transfermarkt, his current outfitter is Adidas.

Though he has not been able to land any major sponsorships deals, he has some partners sponsoring him.

In October of 2020, he announced his partnership with a brand named KidSport Calgary & Area. He is the brand ambassador of the brand. Who is Adekugbe dating? His girlfriend and dating life

As of 2022, there is no news about his girlfriend and partner of Sam. He has never shared photos with any partners or love. So, it is very hard to predict whether he is currently dating anyone or not.

But if we visit his social profiles, we can see the comments of many girls. No doubt, he has many lady's followers. And the Hatayspor's number 23 barely appears with any girl in the public. He is a quite secretive persona and silent about his relationship status.

Visiting his Ig, we can confirm that he loves dogs. He has shared many photos of his dog.

He has a cute dog of yellow color with large fur.

He grew up being a Manchester City fan and playing football at the local level. In 1998, he joined the Manchester United Grassroots Program for 2 years.

At the age of 5, he joined AFC Clayton's youth team and later moved to Calgary Foothills in 2004. Then, Vancouver Whitecaps FC signed him in their youth team in 2011 and he spent 22 years there.

The Nigerian-origin Canadian left-back Sam Adekugbe is highly active on his Instagram. His Instagram username is @samadekugbe and has more than 9,000 followers.

He frequently posts about his private life, games, training and time with friends on his Ig.