Salomon Rondon is a well-known Venezuelan professional football player. He is currently playing at the English Premier League with Everton FC. Salomon turned professional in 2006 with Aragua FC in the Venezuelan football league. Rondon plays as a striker for his club and country.

Salomon Rondon was born Jose Salomon Rondon Gimenez on September 16, 1989, in Caracas, Venezuela. He is the son of Jose Rafael Rondon and Maitana Gimenez. Salomon has not shared much about his early life and his siblings. Rondon stands six feet and one inch tall and weighs 85 kg.

Salomon Rondon's Net Worth in Millions

Salomon Rondon has an estimated net worth of more than $10 Million. The football player has earned most of his net worth through his successful football career. Rondon receives an annual salary of more than $1 Million. In mid-2021, He joined Everton on a free transfer fee. Salomon has not shared much about the contract details. 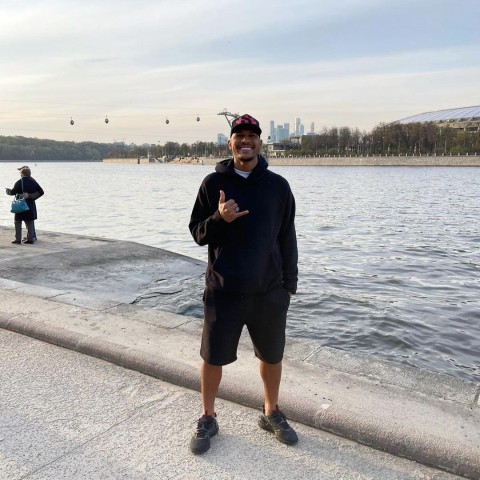 Salomon shares a photo of his visit to Russia SOURCE: [email protected]

Rondon is a married man living a happy married life and his wife and children. Salomon exchanged his wedding vows along with Valedes Sideri in mid-2010. The love birds had a private wedding ceremony for close friends and family members. 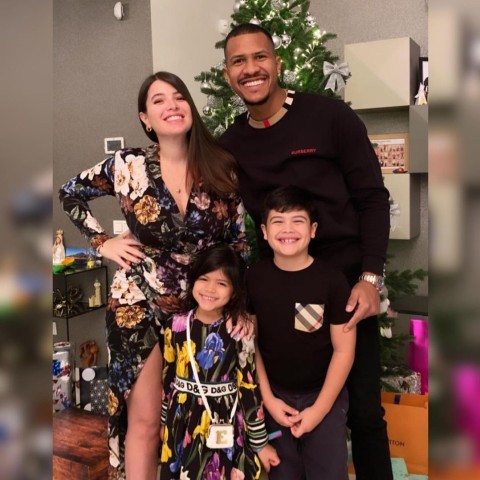 Salomon shares a photo with his wife and children SOURCE: [email protected]

Salomon and Valedes are the proud parents of three children. In July 2020, Rondon shared a photo of his wife with a baby bump. The player is an active social media user and shares his family and games pictures.

Salomon started his youth career with San Jose de Calasanz in 1996. The player trained with the club until 2004, moved to Prague and made his professional debut in 2006. He signed a three-year contract with the club and then moved to Las Palmas in summer 2008.

Salomon spent the next two seasons with the club and appeared in forty-six games for the club. Rondon joined the La Liga club Malaga for a record €3.5 million transfer fee. After two seasons with the club, Rondon moved to Russia and joined Rubin Kazan for a reported fee of €10 million. In early 2014, The player joined Zenit Saint Petersburg for a  five-year contract for a fee in the region of £15.8 million.

In August 2015, West Bromwich Albion signed him in a four-year deal for a club-record fee of £12 million. Rondon played with Dalian Yifang in the Chinese Super League for a season with a reported fee of more than £1,456,000. In 2021, Salomon moved to England and signed with Everton FC.