Salman Al-Faraj is an international soccer player who plays as a midfielder for Saudi Arabia national football team and a Saudi Arabian professional multi-sports club AL-Hilal.

The 28-years footballer joined the AL-Hilal in 2008. Apart from his domestic career, he started playing in the national team in 2011. His net worth is estimated to be around $2 Million.

Salman Al-Faraj was born Salman Mohammed Al-Faraj on August 1, 1989, in Medina, Saudi Arabia. Reviewing his nationality, he is a Saudi Arabian citizen. Salman has a sponsorship deal with Oppo SOURCE: [email protected]_alfraj13

Salman must take home a considerable sum from his sponsorship and advertising deals. He has a sponsorship deal with oppo, and none of them has shared the contract details.

Salman Al-Faraj began his career with the youth academy of Al-Hilal in 2004. He played for around four years with the youth team. After that, he was promoted to a senior squad in 2008  and helped his team win the 2015 Saudi Super Cup. He has so far appeared in 113 games scoring six goals.

Salman Al-Faraj earned his national cap with the Saudi Arabia U23, where he played two games, scoring 1 goal. On October 14, 2012, he debuted professionally in a 3-2 win against Congo in a friendly match at Prince Abdullah bin Jalawi Stadium in Al Hasa, Saudi Arabia. He then netted his first international goal on September 3 2015, in a 4-0 victory against Timor-Leste during the 2018 FIFA World Cup. 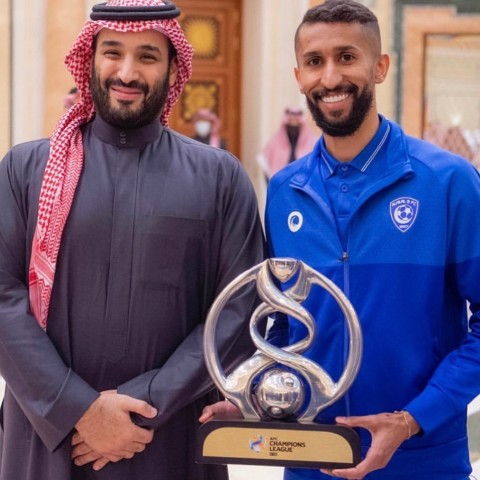 Similarly, Al-Faraj scored his second international goal on October 7 2017, in a 3-2 win against Jamaica in an international friendly in King Abdullah Sports City, Jeddah, Saudi Arabia.

On May 9, 2018, he recently scored the winning goal against Algeria in a friendly match. He has been capped 68 times for his national side scoring eight goals.

Al-Faraj was named in the 23-man squad for the Summer 2018 World Cup in Russia along with Abdullah Otayf, Taisir Al-Jassim and Mohamed Kanno. He has represented his national team at World Cup qualification, International Friendlies, and AFC Asian Cup.

Salman Al-Faraj has a daughter named Jojo, but he didn't reveal any information about his wife or girlfriend. He is a private person who keeps his personal life away from the limelight.