Abdulrahman Ghareeb is a renowned Saudi Arabian professional footballer who currently plays for the Pro League club Al-Ahli and is positioned as the attacker and a left-winger. However, he is also good as a second striker and right winger. The right-footed player wears jersey number 29 for his club. Besides, he represents Saudi Arabian national team.

The Saudi Arabian professional level footballer, Ghareeb, joined the club Al-Ahli Saudi FC in 2018, and as per the sources, his contract will expire on June 30, 2023. Similarly, he is a well-experienced and talented football player. He has a long history in the vocation as the player started his early career at a very young age in 2011.

From his beginning career to now, he has been playing for the same club. After spending more than seven years of his early career, the professional officially started his senior career in 2017 and the present. In addition to this, he had his first professional contract on September 17, 2018. 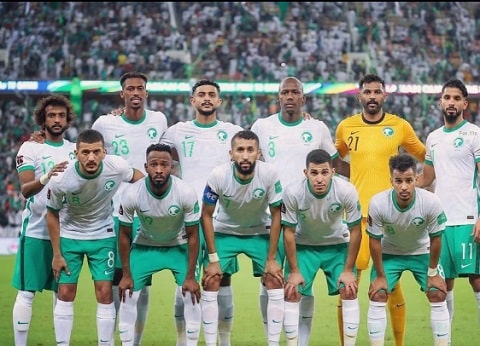 Furthermore, he has played for his home country team since 2016. For further information, Abdulrahman has represented his home country team in different seasons, including Under 20 and 23. To be concerned, Saudi Arabia is one of Asia's most successful national teams and has also succeeded in the Asian Cup three times. Similalry, the country is one of the qualifiers for the upcoming FIFA WorldCup 2022, where he also earned a rating of 68 and a potential of 70.

So on, this is amazingly the biggest opportunity for Ghareeb to shine again and show that he is one of the best footballers. Unodubelty, the fans expected a confident victory for the team.

Born on 1997, the professional Saudi Arabia football player Abdulrahman celebrates his birthday on March 31 every year. Similalry, he was raised by his parents in his birthplace Jeddah, Saudi Arabia. Besides that, he is in his mid-20s as of this writing. Likewise, he is a graduate of Al-Ahli.

Further, Abdulrahman hasn't revealed much about his parents, including their name and profession, which made it a bit challenging to talk about them at the moment. Apart from that, fans are curious enough to explore his private life as he is a shy-natured person who loves to maintain a low-key life rather than an open book just to make sure about the privacy concern, which is essential for celebrities. 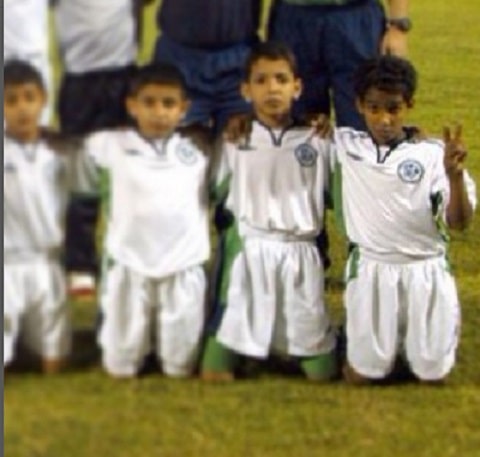 Abdulrahman Ghareeb along with his early life his friends SOURCE: Instagram @aboodeghareeb.com

Additionally, the athlete hasn't made any posts for his parents or even shared a picture of them on his social media handle, so nobody knows how they look and what they are professionally engaged with. Not to worry, we will keep our survey on the missing sessions and update it as soon as possible.

Ghareeb Net Worth And Salary Explored

As we mentioned, Abdulrahman Ghareeb is a successful football player who has received great money from his profession as a professional football player. Nevertheless, the exact value of his net worth is currently unavailable on public sources, but most sites have claimed that he has an estimated net worth of more than $ 1 million. So, we can say that he must maintain a great lifestyle with such fantastic income sources. 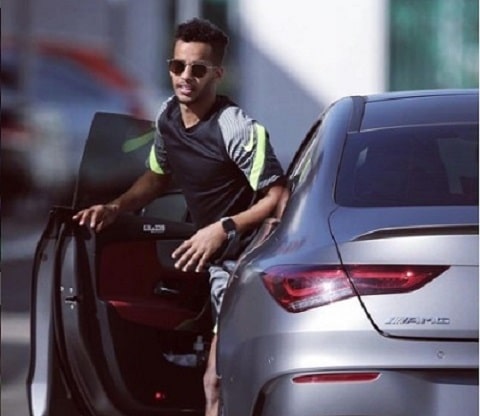 Similalry, the current market value of Ghareeb is €3.00 million, which is the highest market value so far in his career history. While exploring his social media life, the footballer doesn't prefer to flaunt his lifestyle openly, but we can definitely see that he owns a car, Mercedes-Benz GLE Coupé.

Additionally, the average salary of the Saudi Arabian football player is SAR 91,396 annually. Hence, being a professional football player, he might also earn the salary under the same pay scale or more; this is not clarified yet, so we don't have the exact sum of his earnings.

Don't forget to explore, Ahmad Nourollahi's bio who is an Iranian footballer and has a market value of €1.50 million

Details On Ghareeb Wife Or Girlfriend

Many fans are captivated by Abdulrahman Ghareeb's dating life and want to know if he is married, single or dating someone. Nonetheless, due to his private nature, Ghareeb is possibly single as he has never revealed being in a relationship or engaging with someone publicly in the media.

Despite many surveys, we couldn't find whether he is dating someone or has dated anyone so far as Ghareeb's dating life is far away from the media reach and he enjoys keeping them private and confidential. Similalry, his fans assume that Abdulrahman has at least been in one relationship, but the player has clean dating history and he hasnt yet been in any controversies and rumors.

So, the lovelife of Gharreb remains a mysterious topic; therefore, his well-wishers must wait some more time to explore it unless he is comfortable sharing them with us.

Abdulrahman Ghareeb has a strong presence on social media handles, including Instagram, where we can find him sharing daily posts and stories. Likewise, we can follow him under the username @aboodeghareeb, where he has more than 107k followers. 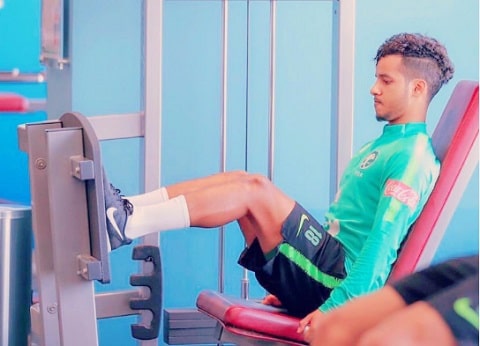 Abdulrahman Ghareeb working out as he loves to stay fitSOURCE: Instagram @aboodeghareeb.com

Similalry, the athlete is also active on snap chat, where we can stay connected with him as @A.g105. While exploring his IG handle, we can see that Ghareeb often visits the gym and is very active in fitness-related activities. Well, we can also say that he is health concerns and has amazingly stayed fit.

Apart from his personal career, Abdulrahman also shares football-related content and events as he loves to keep his fans updated about his activeness in the vocation.