Ryan Getzlaf is a professional ice hockey player who is currently playing in the National Hockey League (NHL)  for the Anaheim Ducks as their captain. He plays in the center position. Added that, he also plays for Team Canada and represented his country in the world tournaments.

Two-times Olympics gold medalist Ryan Getzlaf is a happily married man and has a decent amount of net worth of over $70 million. More details about his spouse, kids, salary and net worth are discussed in details below.

Ryan Getzlaf Career Earnings: Know about his Salary, Net Worth and Personal Assets

Getzlaf from his decade professional NHL career has made a good amount of net worth. Furthermore, his career earnings are around $86,471,766 which he earned as an ice hockey player. Moreover, his net worth is estimated to be over $70 million as of 2019.

The detailed information about his career earnings is listed in the table below.

Ryan's recent contract was signed in 2013 March which is worth $66 million and the contract is valid for eight years. Before this, he signed a five years contract in 2007 with the Anaheim Ducks for $26.625 million. Besides, he also paid around $2,500 in fine for roughing against Adrian Kempe. 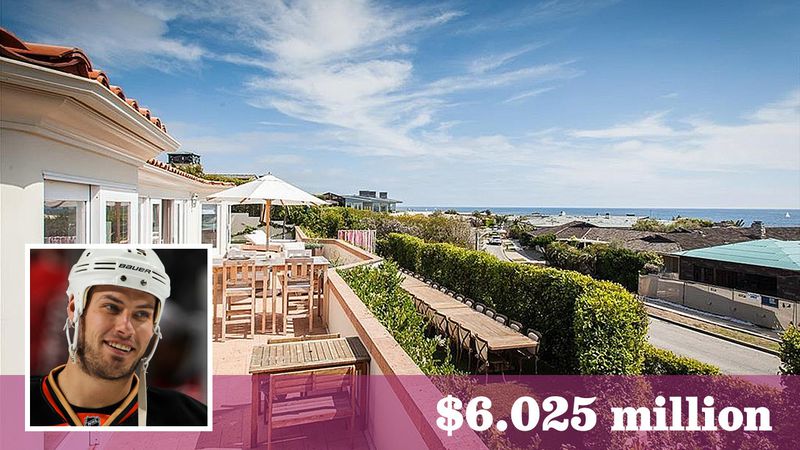 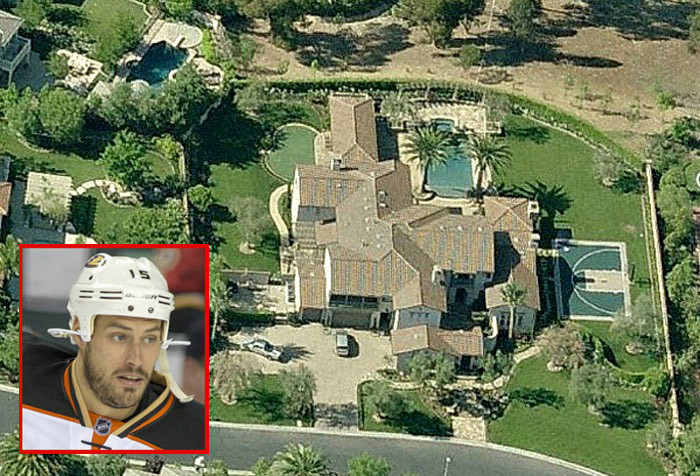 Moreover, Ryan also sold his Tustin Ranch Estates house covering the are of 6,900-square-foot for $3.75 million in 2016 but the house was sold below the listed price of $4.9 million. As per the sources, he also has some other properties but the exact information regarding it isn't available.

Ryan Getzlaf Married Life With  Paige Getzlaf: Know about his Spouse and Children

Ryan Getzlaf is a well-known figure in the ice hockey world since he has so far received a lot of titles and awards throughout his career. Along with a successful career, he has a blessed personal life. Getzlaf is a happily married man and is currently living with his lovely and gorgeous wife and kids. 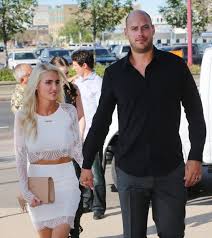 He tied the knot with his girlfriend Paige Getzlaf after being in a romantic relationship for a long period. The lovely couple shares four children together: Ryder (2011), Gavin(2013), Willa (2014), and Mac(2016). The couple seems to be enjoying their married life as they haven't reported any disputes in their marital life. 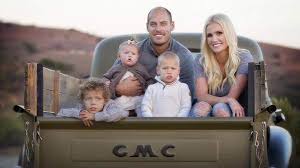 Ryan Getzlaf with his wife and children SOURCE: Instagram

They are taking good care of their children. Ryan's wife/spouse is a nurse by profession and she also worked as a waitress in her career beginning. Getzlaf along with his spouse is engaged in several charity works and donates quite a good amount to social causes.

They have raised a sum of $1.08 million for the poor and sick children and also $225,000 for the orange County Children;'s Hospital in 2015. Currently, his wife Paige is taking care of her children while her husband was earning for the family.

Ryan frequently mentions in his interviews that his wife is a great supporter of his games and she always encourages him.

Ryan Getzlaf was born to parents Steve and Susan Getzlaf on May 10, 1985, in Regina, Saskatchewan. He holds Canadian nationality and his ethnicity is white. He had an awesome childhood with his brother Chris. His parents encouraged him to make his career in sports alongside his brother. 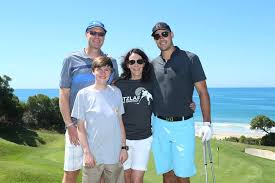 As far as his educational qualifications are concerned, Ryan attended the Robert Usher Collegiate for his graduation.

Ryan began his ice hockey career playing in the junior leagues for the Regina Bantam AAA Rangers. He also played in the Western Hockey League (WHL) for Calgary Flames. He was drafted in the 2000 WHL Bantam Draft as a 54th overall picks.

His professional career started after he was selected by the 2003 NHL Entry Draft by the Anaheim Ducks in the 19th overall pick. His NHL debut was against Chicago Blackhawks whereas his 1st NHL goal was against Wings goaltender Manny Legace.

Due to his outstanding performance, he was the finalist of the Mark Messier Leadership Award alongside Nick Foligno and Mark Giordano. Apart from his NHL career, he is also a member of the Team Canda and has represented his nation in many international events like 2003 IIHF World U18 Championships.

He played alongside Sam Reinhart and Dylan Strome and the Team Canada is captained by Kyle Turris. Currently, he is playing for the Anaheim Ducks and was named the captain of the team.