As of 2019, Nicholas Foligno has an estimated net worth of over $5 million which is slightly higher than Matthew Peca. He reportedly signed a four-year contract worth of $11.5 million with Columbus Blue Jackets in 2017. The contract further includes a guaranteed sum of around $11,850,000 along with a cap hit of $2,875,000.

In addition to this, Nick and his wife donated $1 million to Boston's Children Hospital and Nationwide Children's Hospital where he got his daughters treatment.

Nick Foligno is married to his longtime girlfriend Janelle Foligno after being in an affair for a long time. The couple is blessed with two lovely children named Landon Nicholas Foligno and Milana Maria.

Thanks @bodyglove for hooking us up with this great paddleboard! Getting great use out of it with the whole family! ???? #dynamo #isup pic.twitter.com/lzhEWJJFP1

Nick is living a happy married life with his wife/spouse since there aren't any rumors regarding their divorce or splitting. Moreover, there isn't any information suggesting the past affairs or relationship of Nick disclosed on the media.

Besides playing career, the couple is engaged in several charity events and social works.

Nicholas Foligno was born on October 31, 1987, in Buffalo, New York, the United States to parents Mike Foligno and Janis Foligno. Nick's parents are from Canada and his mother died of breast cancer in 2009.

As per his nationality, he is American and belongs to the White ethnic group. He grew up along with his siblings, Marcus Foligno, Cara Foligno, Lisa Foligno. Nick is from an athlete family since his father and brother also played hockey.

Nick Foligno began his NHL career after being drafted in the 2006 NHL Entry Draft by the Ottawa Senators in the 28th overall pick. Nick scored his first NHL goal against Montreal's Carey Price. 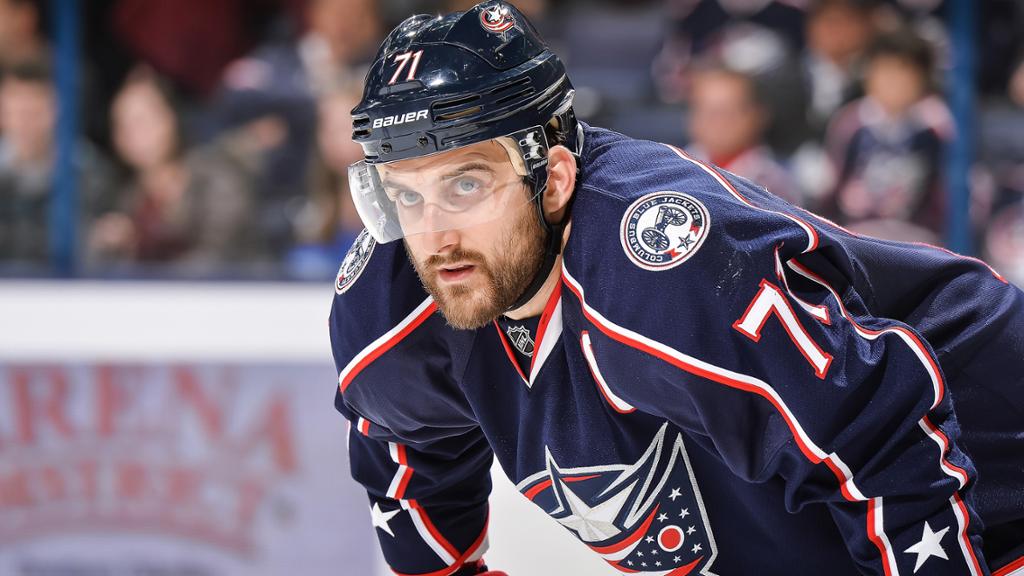 Later, his first career playoff goal was against Marc-Andre Fleury in 2008 April. After playing for over six seasons with the Senators, he was traded to the Columbus Blue Jackets on July 1, 2012, in exchange for Marc Methot.