As of 2019, Dylan William Strome has an estimated net worth of over $5 million which is same as that of Philip Danault. Dylan reportedly signed a three-year contract worth of $10,200,000 with Arizona Coyotes.

Further, the NHL player has an average salary of $832,500 annually. Dylan William Strome so far has made earnings of around $10 million from his entire NHL career.

Dylan is currently dating his lovely girlfriend Kennedy-Moore but the details regarding their relationship/affair are not disclosed to the media. 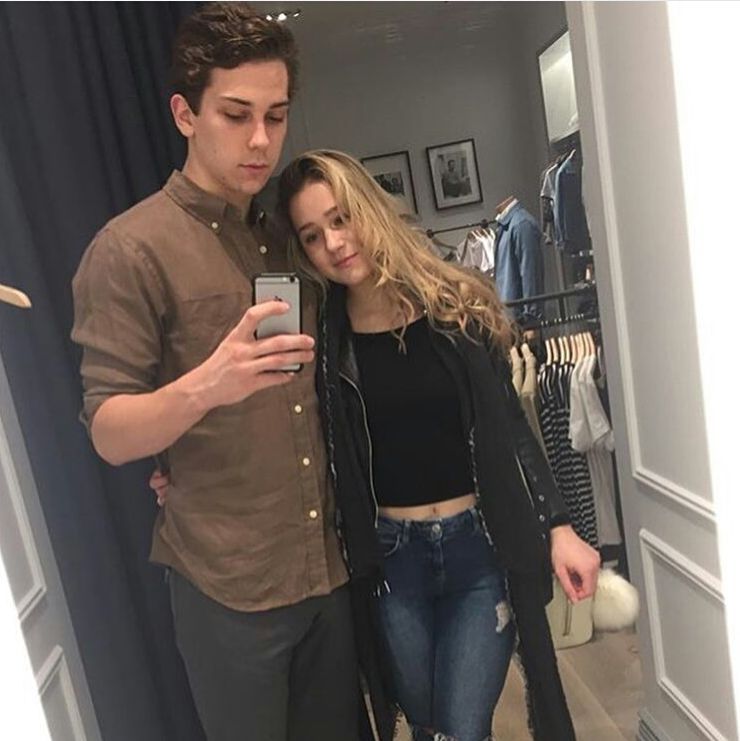 He frequently posts his girlfriend's pictures on his official social media accounts which shows that they are living a blissful life so far. Added that, the couple has managed to stay away from any controversy. Further, the duo seems to be happy with each other as of 2019.

There is no news on Dylan getting married but the unmarried man will probably marry his girlfriend when the time is right for the pair.

Since he is at the beginning of his career, he is much focused on his game and stays away from rumors and controversies.

Thanks for everything Mom ?? #HappyMothersDay

As per his nationality, he is Canadian and belongs to the White ethnic group and his star sign is Pisces. Dylan spent his childhood along with his brothers Ryan Strome, Matthew Strome.

Detailed information about Dylan Strome's educational qualifications is not available in the media.

Dylan was traded to the Chicago Blackhawks after playing 20 games in the 2018-19 season for the Coyotes and he is playing under his team captain Jonathan Toews. Besides Dylan, another famous right wing player is Patrick Kane.