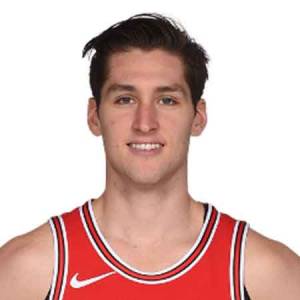 Ryan Arcidiacono is an American professional Basketball player who plays in the National Basketball Association (NBA). As of 2019, Ryan plays as Point guard/Shooting Guard for the Chicago Bulls. Previously he played for San Antonio Spurs and Italian National Team.

Ryan Arcidiacono will reportedly earn $1.3 million as his annual salary from Chicago Bulls for the 2018/19 season. In addition, Ryan will also earn $3.2 million as per his overall contract. His net worth is estimated to be $80,000. Arcidiacono is in a romantic relationship with Kristin McGrath.

Ryan Arcidiacono's Net Worth and Salary

Further, he is the fifteenth best-paid player of Chicago Bulls this year,  Jabari Parker being the first.

In 2019/20 he is reportedly being paid $1,890,752 as his annual salary. According to the reports, Chicago Bulls will extend Arcidiacono'sn contract in upcoming years.

About Ryan Arcidiacono's personal life, he is now 24 years old. His star sign is Aries. The former Villanova star is in a romantic relationship with his college girlfriend Kristin McGrath. She currently works as an office production assistant at the Glass Entertainment Group.

Happy birthday to the best girl! Glad I could spend a great weekend with you celebrating your Jordan year. #23 #notmyshoulders

Both Ryan and Kristin were studying at Villanova University when they first began dating. Kristin is a Journalism major graduate.

In addition to being an NBA Point Guard/ Shooting guard, Ryan Arcidiacono is very famous in social media. He has 65.2k and 44.3k followers on Instagram and Twitter respectively.

The NBA star is 6 feet 3 inch (1.91m) in height and weighs approximately 91 kg (200 lbs). Arcidiacono was named the Most Outstanding Player at the 2016 NCAA Tournament.

Ryan Curran Arcidiacono was born on March 26, 1996, in Philadelphia, Pennsylvania to parents, Joe Arcidiacono and Patti Arcidiacono. His star sign is Aries.

Arcidiacono's parents met at Villanova University where his father played as an offensive lineman for the university team.

Growing up, his favorite athletes were the Philadelphia Sixers'  Allen Iverson and the Eagles' Brian Dawkins. Arcidiacono trained with former Penn State player Ben Luber when he was in eighth grade.

Arcidiacono attended Neshaminy High School, where he played for the high-school team.

Arcidiacono's professional career began in 2016. On June 23, 2016, he was undrafted after being named the NCAA tournament’s 'Most Outstanding Player' for national champion Villanova.

Arcidiacono joined the club 'San Antonio Spurs' for the 2016 NBA Summer League and signed on July 14, 2016. He was undrafted in the 2016 NBA draft along with players Dorian Finney- Smith and Marshall Plumlee.

Arcidiano was acquired as San Antonio affiliate, by the Austin Spurs of the NBA Development League. He played for Chicago Bulls in 2017 Summer League.

Arcidiacono signed a two-way contract with the Chicago Bulls on July 25, 2017. Further, he played for its G-league affiliate Windy City Bulls. 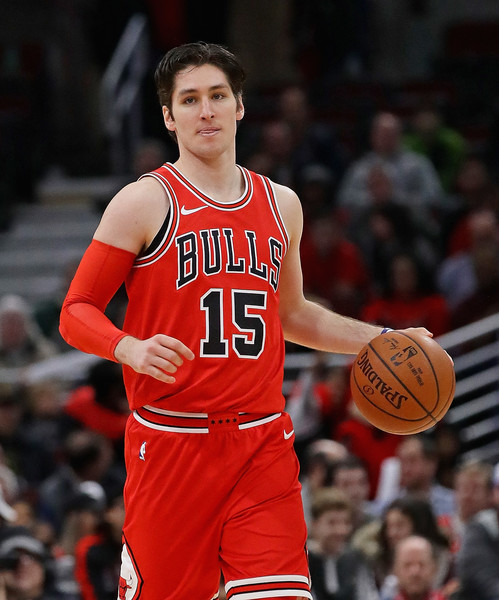 Arcidiacono signed a standard contract with Chicago on July 31, 2018. On October 18, he recorded 8 points, 4 rebounds and a career-high 8 assists in the season-opener against the Philadelphia Sixers.