Rui Costa has an estimated net worth of more than $10 Million. Rui earned much of his net worth through his successful career as a football player. He must be made a reasonable amount for representing his country in numerous international events. He is often compared to the French football legend Zinedine Zidane. 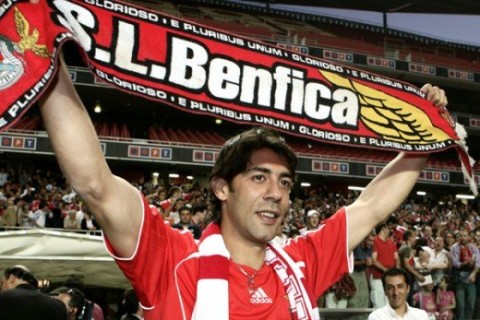 Rui Costa earned his first big earnings of $7 Million when he moved from Benfica to Fiorentina. in 1994. He played with the team until 2001 and then moved to AC Milan for more than $50 Million. Rui's transfer was among the highest transfers in the days. Costa became Milan's most expensive transfer of all-time.

In 2006, Costa returned to his former club, Benfica. he gave up his $6 Million salary contract with AC Milan. Rui played with the team until 2008 and retired. Nike sponsored him in his early days and was part of several video games. He appeared in the  Nike commercial titled "Good vs. Evil" play along with Ronaldo, Paolo Maldini, and  Luis Figo.

Married Life of Rui Costa; Does he have Children?

Unlike other football superstars, Rui does not show much presence on social media. He has become successful in keeping his personal life away from the public. Costa is not only famous for his successful career but also known for his failed love life. Rui was married to his former wife, Rute Costa, for two decades. 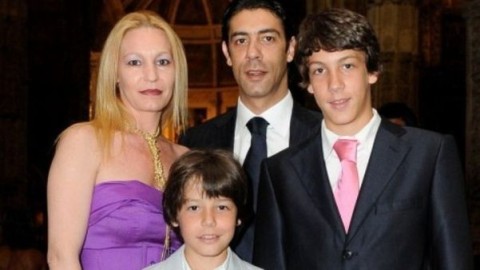 Costa along with his former wife and their children SOURCE: World Football

Rui and Rute walked down their wedding aisle in 1993. They had a private and beautiful wedding ceremony. They had been dating each other for sometime before their marriage. Shortly after the marriage, The duo welcomed two children, Filipe Costa and Hugo Costa. Information about his children and wife is under investigation.

This happy-looking marriage never remained the same. In early 2013, Costa and Rute separated and shortly filed for divorce. The case was finalized soon. After separating from his wife, The football legend seems to be single and living happily. On the other hand, His wife has been out of the media's reach.

Career as Football Player In Benfica and AC Milan

Costa is considered one of the most talented and best midfielders of his generation. He spent the majority of his career with Benfica in Portugal and Fiorentina and A.C. Milan in Italy. Dui played for Benfica from 1990 until 1994 and then moved to Fiorentina. He scored thirty-eight goals in his 215 appearances with the team.

In 2001, Rui moved to AC Milan and played until 2005. He left his contract and joined Benfica in 2006. He played with the team until 2008 and retired. Costa won numerous trophies in his career. The football player played for his national team in 94 matches and scored twenty-six goals. After retiring from football, Rui worked as a director for Benfica.