Ronnie Harrison is an American football strong safety who is signed to the Cleveland Browns of the National Football League (NFL). he finished his collegiate career at Alabama and was picked by the Jacksonville Jaguars in the 2018 NFL Draft in the third round.

Tallahassee, Florida native, Ronnie Harrison was born on 18th April 1997, under the star sign Aries. By nationality, the twenty-three years old is an American and is of Afro-American ethnic background. Regarding his physique, he stands 6 ft 2 in (1.88 m) tall and weighs 207 lb (94 kg).

How Much Is Ronnie Harrison Net Worth In 2020?

On 3oth July 2020, Ronnie Harrison became the father, welcoming his newborn son into the world. On his IG post that day, the Jacksonville Jaguars’ roster was seen holding his healthy baby boy who weighed in at eight pounds and 14 ounces where he added a few bible verses to express the new chapter coming up in his life as well as his son’s, while some of his teammates also congratulated him. 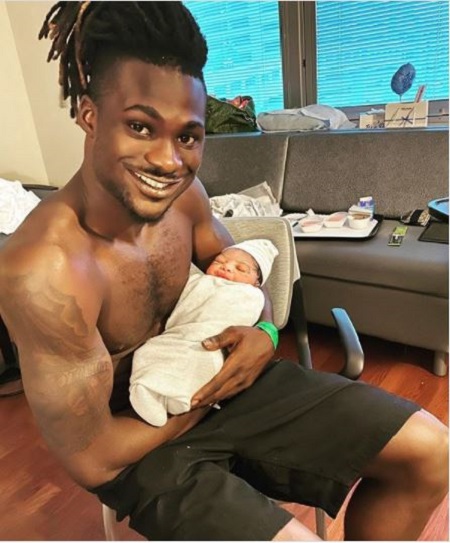 Reportedly, Ronnie is engaged to his girlfriend and planning to the wedding. However, there is less to no information regarding his fiancee.

Ronnie Harrison Credits Mother and Brother For His Success

Ronnie was born to Ronnie Harrison Sr. and Blair. Later his parents separated and Blair raised Ronnie alongside his brother as a single mother. In 2019, Ronnie Harrison surprises his mom with a new Range Rover.

For high school, Harrison enrolled at Florida State University School, where he played football for the school team. Further, he committed to the University of Alabama to play college football. After a junior year, he announced his decision to forgo his remaining eligibility and enter the draft.

At the 2018 NFL Draft, Harrison was picked by the Jacksonville Jaguars in the third round (93rd overall). He was the seventh safety drafted that season. On 14th December 2018, he was officially named the starter for the rest of the season. Nevertheless, in the next game in Week 15, Harrison suffered a season-ending knee injury and was placed on injured reserve.

On 3rd September 2020, Harrison was traded to the Cleveland Browns, in exchange for the Browns' fifth-round pick in the 2021 NFL Draft.