After the departure of Lionel Messi from FC Barcelona, it is pretty much clear to our eyes that Barcelona is in turmoil. With big losses coming week after week, the Catalan side is currently ninth place in the Laliga table.  Bayern Munich and SL Benfica banged three goals against Barcelona, putting them on the verge of playing the Europa League.

Leo Messi left Barcelona on 10th August 2021, giving everyone a big shock. He left his boyhood club because of a financial crisis with the club. All the cules around the globe were sad with their idol leaving the club. But, the Catalan giants have brought in Memphis Depay- one of the most promising players from the Netherlands. However, they let go of Antoine Griezmann and Luis Suarez to Atletico Madrid. 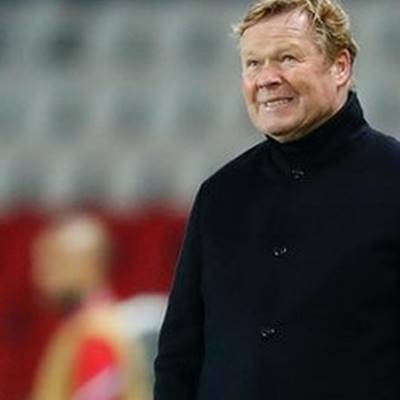 Ronald Koeman's reaction after being knocked out by PSG in Champions League SOURCE: Instagram @ronaldkoeman

FC Barcelona was losing important games day in and day out. The bad run of forms included the 3 goals stumping from FC Bayern Munich and SL Benfica in the Champions League, with a win out of 3 matches in the Champions League. On the weekend too, Barcelona lost 1-2 against their arch-rivals Real Madrid in El Classico. There were rumors that Koeman can be sacked pretty soon but the club president Laporta showed faith in their manager.

With a 1-0 loss against Rayo Vallecano, the time came pretty fast for Ronald Koeman. FC Barcelona board decided to let go of the club legend Koeman from the managerial job. In his managerial tenure, Koeman brought home the King's Cup also known as the Copa Del Ray. However, he was not so lucky in the league and the Champions League. 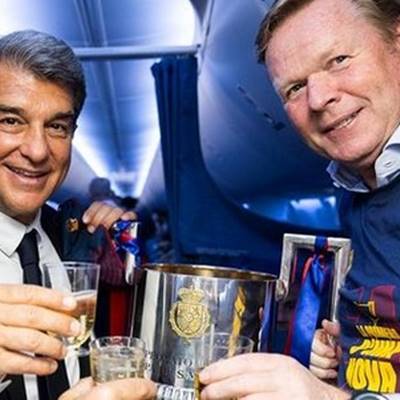 Ronaldo Koeman having a drink with Laporta after winning the Copa Del Ray SOURCE: Instagram @ronaldkoeman

According to Fabrizio Romano, Xavi the club legend is rumored to take the managerial job soon. He is currently managing Al Sadd, the club in Qatar. Currently, Sergi Barjuan will be the new interim coach until the arrival of a permanent coach is finalized.

Despite how Barcelona played under Koeman, nobody can deny the fact that Koeman is a club legend. He is the highest-scoring Barcelona defender and has won big trophies for the club.

To know more about what's happening in the world of sports, Visit Playerswiki