Ron Killings is an American professional wrestler. Currently, he is associated with WWE under the ring name R-Truth and performs on the Smackdown brand. He is a former United States champion, one-time Tag Team Champion, and two times Hardcore Champion.

Killings also competed in TNA from 2002 to 2007. Besides their wrestling career, he is a successful actor and rapper.

Facts & Net Worth of Ron Killings

He also owns a house in Indian Trail, North Carolina. He also has several cars for driving, which he often flaunts on his Instagram.

Ron Killings is a married man. He married his girlfriend Pamela Killings on April 7, 2011, at Daniel Stowe Botanical Gardens in Belmont, North Carolina. The couple dated for some time before their marriage. 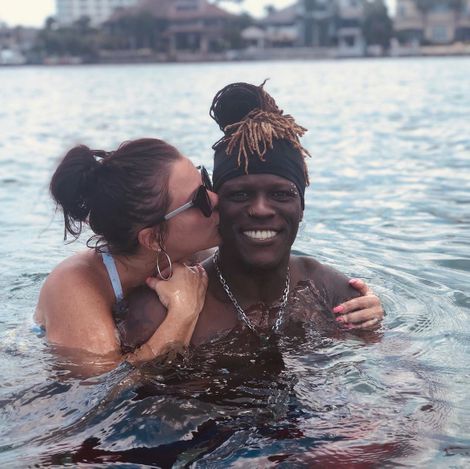 The couple had their first child, a daughter, in November 2014. Ron Killings has four children from his previous relationship. Currently, he resides in Indian Trail, North Carolina, United States.

He is the rock star of the wrestling world. He has a perfect height of 6 feet and 2 inches, around 1.88m. He is ideal for upcoming generations. He is popular on Twitter and Instagram.

Ron Killings was born Ronnie Aaron Killings on January 19, 1972, in Atlanta, Georgia, United States. He is American by nationality and belongs of African-American descent. His star sign is Capricorn.

Ron Killings was raised in his birthplace in a low-income family. From an early age, he had developed a love for music, hip-hop, and dancing. He attended Harding University High School, where he competed in football and track & field.

Ron Killings started his professional wrestling career in 1997. At the beginning of his career, he wrestled at Independent Circuit and stayed from 1997 to 2000. In 2002, he signed with Total Nonstop Action Wrestling.

Killings joined TNA in 2002. He also won the Tag team Championship with Adam Jones defeating Sting and Kurt Angle. After several feuds, he left TNA in 2007. He also competed in World Wrestling Federation for several years.

In 2008, he returned to the WWE and was drafted to RAW in 2010. He soon began feuds with Ted DiBiase and defeated him in a match. In 2016, he also had feuds with Goldust after moving to Smackdown.

Ron Killings is a successful actor. As of now, he has acted in several movies, including Head of State, The Wrestler, and Break Dance Revolution. Moreover, he was also successful as a rapper. Invincible and Killingit are his popular studio albums. He is a playable character in various video games: WWE RAW, Smackdown, WWE 2K16, and others.