Ron Insana is a famous journalist currently working for CNBC. Known for his appearance in Ron Insana Show. He is a known tv journalist and mostly appears on the news broadcasting. Other than working for CNBC, he also worked for FNN, NBC, USA Today, and Bloomberg TV and Radio.

The resident of Tenafly, New Jersey., Ron Insana, reportedly earns around $1 million, as his yearly salary from the network. As of 2018, he reportedly has an estimated net worth of over $10 million. He is married to his longtime girlfriend Melinda Panella Insana and has three children with him

Ron Insana completed his schooling from Chaminade College Preparatory in 1979 and in 2005, he was also recognized as "Distinguished Alumnus of the Year". After completing high school, he joined the California State University and acquired his Bachelor's degree.

Ron Insana Net worth and Salary

Ron Insana is one of the most popular CNBC anchors who has made a successful career as a journalist. As CNBC is a popular News Network, it is well known for paying a heavy amount of salary to its analyst.

As Ron Insana is a regular CNBC anchor, he earns a decent amount of salary from the network. The American journalist/anchor Ron Insana has an estimated net worth of $10 million.

As of 2018, the reporter receives an annual salary of $1 million from his successful reporting career with CNBC. Since he has been working in the journalism field for decades.

Further, CNBC reporter receives an added sum of money from his radio and TV guest appearances as a sports pundit too.

Ron Insana started his professional career as a production assistant for FNN Production and later got promoted in the Managing editor and chief of the Los Angeles Bureau.

During his time at FNN, he was nominated for a Golden ACE Award for his role in the 1987 accident in the market. Trend Watching: How to avoid the Next Fads of Wall Street, his third book Manias and Bubbles was published in November 2002 by Harpers Business.

Ron's first book Trader's Tales and second book The Message of the Markets are published in 1996 and 2000 respectively. Later, Ron started working with CNBC since 1991. Insana is a regular contributor to the NBC's The Today Show. 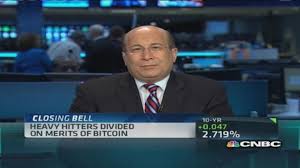 Besides, he also worked at NBC Nightly News, as well as to Imus in the morning before the cancelation of the MSNBC and the former 15-minute Market Wrap on the MSNBC sister network and other programs where market activity is justified.

He also writes for USA Today and was famous for the live coverage of the 9/11 and later got nominated for Emmy Awards for this. After working with CNBC, he joined SAC Capital Advisors and worked there until 2009.

Some of the popular journalist/reporters are Michael Kay, Dave Lamont, Jesse Palmer, and Evanka Osmak.

From the beginning to the collapse Insana was managing director of Insana Capital Partners. He was the anchor of the " Street Signs" of CNBC, which broadcast weekdays in stock market hours. Ron and Sue Herera co-organized the then flagship financial news program of CNBC, Business Center, until 5 December 2003.

The famous journalist Ron Insana married to his longtime girlfriend Melinda Panella Insana after a long romantic affair in 1995. Melinda is the daughter of American businessman Charles Panella

They exchanged their vows in front of their family and friends and the occasion took place at the St. Paul’s Episcopal Church in Eaglewood, N.J. and Rev. Kenneth did the rituals. 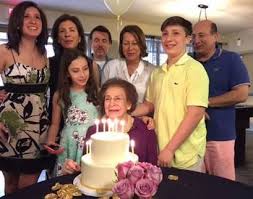 Currently, they are blessed with three children. Further details regarding their children are not disclosed yet but photos of their children can be seen on their social media.

Other than being a famous journalist, Ron Insana is quite popular in social media with a huge number of followers.

Ron Insana currently, lives in Tenafly, New Jersey., along with his family, and has a beautiful home there.