Gossip Is American Sports TV Personality Stephen A. Smith Yet to Get Married or Is He Living a Happy Married Life with His Wife?

Is American Sports TV Personality Stephen A. Smith Yet to Get Married or Is He Living a Happy Married Life with His Wife?

Stephen A. Smith has been everywhere on ESPN this decade be it as a radio host or a television host. He is known for his audacious loud voice as well as effortless rebuttals while narrating the games on ESPN's First Take. The New York-born commentator is an NBA analyst on Sports Center, ESPN, NBA Countdown, and NBA broadcasts. He has also made some appearances as an actor, featuring in a cameo role on an episode of the ABC soap opera General Hospital. Smith likewise has a part in the Chris Rock movie I Think I Love My Wife.

Smith's professional sphere is as explicit as it could get. But his after-work life has been a bit vague. Know if he's married, his tragedies, along with some details relating to his net worth down in the article below.

Is Stephen A. Smith Married?

Stephen A. Smith is yet to stand at the altar. But he admits he was engaged once. When GQ asked him for more details in 2019, Smith shut them off telling it was none of their business. He, though, is a father to two daughters, ages 12 and 11 who he considers his "new lead of life". 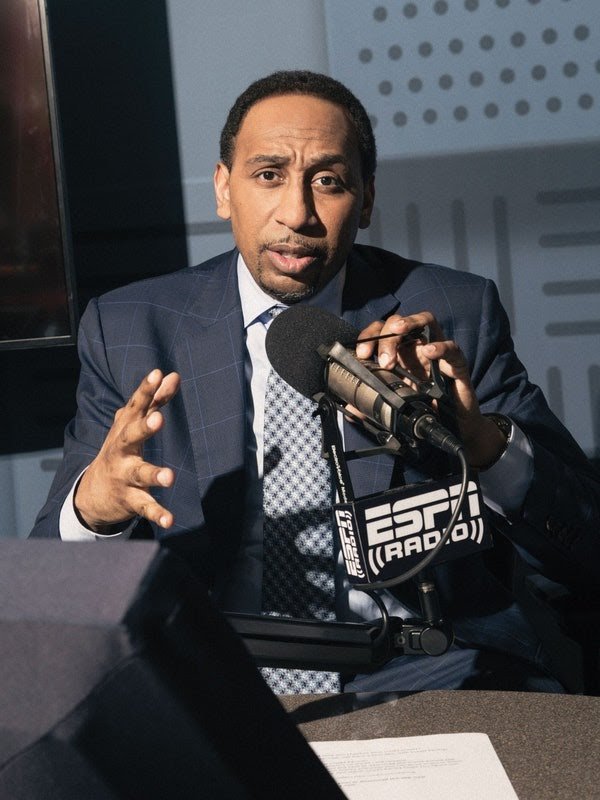 Stephen A. Smith confirmed that he was engaged once. SOURCE: Eric Helgas

However, if there's anything that the 53-year-old host love and doesn't like to keep to just himself is that his unparalleled affection for his mother, Janet. With GQ, reminiscing about his ma, Smith's said, "My mama was everything to me." Smith added that he misses the woman he had loved more than anyone else in his life. His mother passed away on June 20, 2016, having suffered from colon cancer.

Stephen A. Smith's Early Life, Controversy, and Net worth

Stephen A. Smith grew up in Hollis, a residential middle-class neighborhood in southeast New York. A year later his mother's demise, Smith's father died from Parkinson's. The First Take frontman's older brother, Basil died in a car accident in 1992. He also has four older sisters and a half-brother on his father's side. 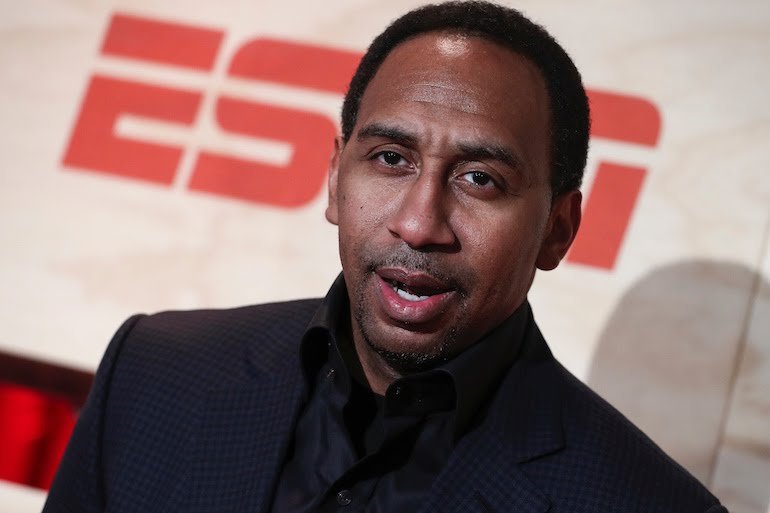 Stephen A. Smith was suspended from ESPN for his offensive remark on the domestic violence case.  SOURCE: Randy Miller

Smith made a controversial remark on First Take on July 25, 2014. The host argued that women may provoke domestic abuse, in response to the domestic violence case involving Baltimore Ravens' running back Ray Rice and his then-fiance, Janay Palmer. ESPN suspended Smith for a week from ESPN2 morning show and ESPN Radio.

"It was my mistake," the host later issued a public apology adding "the most egregious error of my career," Smith explained his first comments regarding the abuse were not his intent yet the failure to articulate something different lied squarely on his shoulders.

On a completely different note, if we are to gossip about Stephen A Smith's fortune, Celebrity Net Worth reports that he owns an estimated net worth of $16 million. Often the biggest name at ESPN; Smith became the network's highest-paid talent ever with his December 2019's contract extension; paying him somewhere between $8 million-$10 million a year. This was amidst his then-contract which was bringing him around $5 million per year. Not to mention, in late 2014, Smith had also signed a multi-year deal with ESPN worth over $3million per year.