2× WAC Coach of the Year, Tod Barnes is the head men's basketball coach at a California State University, Bakersfield. Currently, he is in his 11th season with the team. Before arriving at Cal State Bakersfield, he was head coach at Georgia State (2007-2011) and Ole Miss (1998-2006). Also, he had a stint as an assistant at Oklahoma, Ole Miss, and West Alabama.

Barnes finished his collegiate career at the University of Mississippi of the NCAA Division I's Southeastern Conference from 1985 to 1988, earning All-SEC and All-America honorable mention honors. In 1989, he earned his business administration degree.

Satartia, Mississippi native, Rod was born as Rodrick Kenneth Barnes on 8th January 1966, under the star sign Capricorn. The fifty-five-year-old holds an American nationality and is of Afro-American ethnic background.

How Much Is Rod Barnes' Net Worth In 2021? Salary & Contract Details

Barnes, Cal State Bakersfield’s head men’s basketball coach inked a five-year contract extension in 2016 to his then his existing five-year deal, which has two years remaining. The deal increased more than 50 % in salary, currently earning $221,500. Before the contract, his salary was $147,484 per annum. His $221,500 does not include other parts of Barnes’ compensation, such as medical benefits and various bonuses.

Rod Barnes' Wife: Is He Married?

Rod Barnes is married to his wife, Bridgett Barnes for a long time now. They share Brandon, Bray, and stepson, Corey.

Their son Brandon, is a former college athlete who spent two seasons at Lipscomb University in Nashville, Tenn after Rod decided not to recruit a Division I-caliber guard from the Atlanta area. He said, "Most parents miss the boat. They get involved with their sons and daughters a little too much. They overbear. It's not a good situation for the kids and it's not a good situation for the parents. I never wanted that." 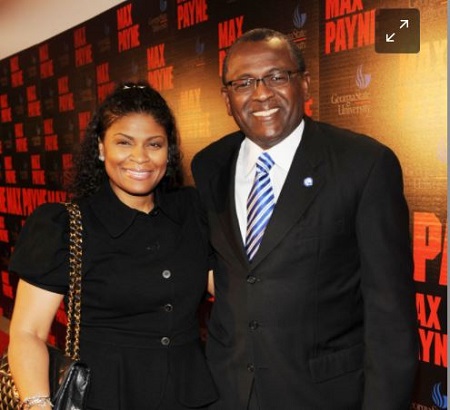 Now talking about his wifey, Bridgett: she was born into the religion of Jehovah's Witnesses but disassociated herself from that upbringing at the age of 15. By her 28, she gave her life to Christ.

Further, Mrs. Barnes is a graduate of California State University, earning her bachelor's degree in Sociology with an emphasis in Human Services. A public speaker, she also founded a Bridgett Barnes Ministries and Mastering Life God's Way.

In 1990, Barnes was hired as the assistant coach of West Alabama where he served until 1993. Then, he arrived at Ole Miss in 1993, serving six seasons as an assistant then was promoted to the head coach. Under his belt, he led the team to SEC West Division in 2001 as well as won Naismith College Coach of the Year.

From 2006 to 2007, he was an assistant coach at Oklahoma. Then he was named the head coach of Georgia State. Since 2011, he is the head coach at Cal State Bakersfield. He led the team WAC regular season in 2017 and WAX Tournament in 2016.