Roberto Alvardo is a professional football player from Mexico who currently plays in the Mexican top league, Liga MX. He plays in the winger position for Guadalajara and has been playing for them since 2022. Before joining Guadalajara, he used to play for Cruz Azal. He wears the Number 25 Jersey for his team.

He had his best career during his time with Cruz where he won all the major trophies In 2021, he won the Liga MX. He is also a one-time winner of the Copa MX which he won in 2018. In 2019, he won the Supercopa MX and Leagues Cup with the same team.

He has also represented his nation Mexico in various international tournaments. He was in their squad in the Olympic Games in Tokyo that won the Bronze medals. One year prior, he won the CONCACAF Gold Cup held in the United States.

Who is Roberto? His Personal Information and Early Career

Roberto Carlos Alvarado Hernández, famously known as Roberto Alvarado was born on September 7, 1998, in Salamanca, Guanajuato, Mexico. According to astrologers, his birth sign is Virgo.

Information regarding his father's name and mother's name is still not revealed. He has never talked about them in the public and not mentioned them on his social media too. So, his family background is not known at the moment. 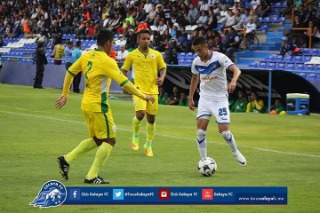 It is also not sure how many siblings does he have.

Born and raised in Mexico, he joined his hometown club, Celaya, at the age of 15. There he spend 3 years in the youth team and also played for the senior team at the same time.

Finally, he got his career breakthrough with Cruz Azul in 2018 where he spent 3 seasons In his 120 appearances with the club, he scored 16 goals.

What is the height and weight of Alvarado?

His weight is around 63 kg and has short black hair. Sometimes, he is also seen with his unique hairstyle.

Roberto's Net worth || His market value, salary and Contracts

Roberto Alvarado is currently playing in the top league of Mexico where he earns a pretty good amount. As per sources, his net worth is estimated to be $4 million. His main source is playing football for different teams in different top leagues. 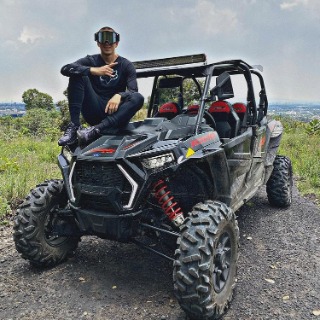 read: What is the net worth of Seydou Keita? How much did he earn at Barcelona?

At just 23 years of age, he has been able to earn well from his football career. He lives a moderate lifestyle with his partner in Mexico. He has also partnered with Nike.

He is fond of luxurious items like cars and others and often flexes them n his Instagram.

According to the transfermarkt, the market value of Carlos Alvarado is 7.7 million pounds in February of 2022.

Alvarado has also partnered with the famous Nike brand, which is an international manufacturer of Sports accessories.

There is no detail about the monetary transactions between the two parties.

Who is Roberto dating in 2022? His relationship status and love life 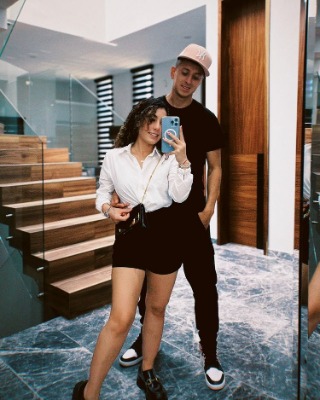 The couple started dating in 2016 during his time at Celaya. Since then, the pair have been sharing their life with each other.

Roberto does not shy to share his relationship with his fans. He often shares them on his Instagram.

Roberto has not shared his future plan with his girlfriend but must be planning on doing so.

Read: The relation of Nestor Araujo with his partner || Is he married?

Who is Alvarado's partner Dayana?

Roberto Alvarado's girlfriend Dayana Gomez is an Instagram model. She is also famous for becoming the wife of Mexican winger Alvarado. She celebrates her birthday on September 16 of every year. In 2020, her boyfriend Roberto posted a long post dedicated to her. He said,

"Happy birthday my Chinita, enjoy your day a lot, may God fill you with lots of health and life". He added, "I will always go hand in hand with you wherever in any situation and together everything is easier, you know that you are the most beautiful coincidence that came into my life. I love you Yaya."

She has a huge fan following of more than 90,000 followers and her Insta Id is @dayanagss. She frequently shares her photos and with her love on her Instagram.

Who is Roberto's child? Is he a father?

As of now, Roberto and his partner have not given birth to any child. But in 2021, they have the terrible heartbreak of losing a baby. Previously, on April 16, 2021, they announced that they were going to have a baby through their Instagram. He posted a photo where he and his girlfriend were holding a pregnancy scan of a child. He captioned it,

"I want to share with you that I am very happy and excited because there is someone who will carry my blood and is the fruit of our great love". He added, "I feel an enormous joy to be able to form a family with the love of my life"

But unfortunately, they lost their baby.

Roberto Carlos Alvarado is also active on Instagram. His Insta Id is @piojo.13 and has more than 339,000 followers.

He shares his games, training, and time with his partner through his Ig.