Seydou Keita is a former professional football player from Mali and used to play in the different top leagues. He played in the midfielder position and he is best known for his time at Barcelona. During his time at Barcelona, he won 3 Laliga titles in 2008-9, 2009-10 and 2010-11. He is also a 2-time Champions League winner having it won in 2009 and 2011. He is also a 2 times UEFA Super Cup and 2 times FIFA Club World Cup winner.

He has also represented his nation Mali in different competitions In 1999, he was one of Mali's squad when they secured third place in the FIFA Under 20 World Cup. In the tournament, he won the Golden Ball. He has also become third in the Africa Cup of Nations twice in 2012 and 2013

Who is Seydou? His bio and Early Life

Seydou Keita was born on January 16, 1980, in Bamako, Mali. According to astrologers, his birth sign is Capricorn.

“The loss of Mum is hard to bear. She is a rock that stood by me and all my siblings. She showed us equal love and affection, and always prayed for each and every one of us."

He also added that "Her guidance also went a very long way into moulding me into the man I am today. She taught me to love, and to give. I will miss her, but God knows best."

He has also more than one sibling whose detailed information is still not revealed to the public. 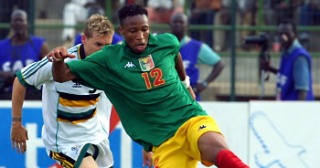 He is also the nephew of Salif Keita who is a former football player. He played for different teams like Marseille, Valencia, etc.

He was one of the best talents coming from his hometown and used to participate locally. At the age of 15, he got a chance to join the youth team of Centre Salif Keita where he spent 2 years.

In 1997, he joined the French club Marseille and spent 2 years in their youth team before getting promoted to the senior team. He did not get much chance to play for their senior team and made just 6 appearances in a year.

In 2000, he moved to Lorient and played for 2 seasons. Finally, in 2002, he got his career breakthrough after joining Lens. He also won the UEFA Intertoto Cup in 2005 with the team.

His weight is around 77 kg and represents Black ethnicity.

What is the net worth of Keita? How much did he earn at Barcelona?

According to the sources, S Keita estimated net worth is $8 million approximately. His net worth includes all of his assets, cars, houses, properties, earnings and others.

His main source is playing football for different teams in different top leagues.

He also earned from various sponsorships deals and partnerships. 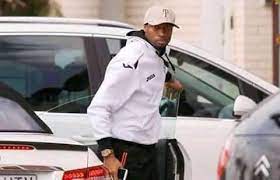 As of now, he is not associated with any organizations and is living a moderate lifestyle with his family.

He spend 4 years at the Spanish club FC Barcelona where he was one of the team members of the legendary squad under Pep Guardiola. During his time, he earned name, fame, and money, becoming one of the players with the highest salary.

He was listed as one of the highest-paid African footballers during the early 10s. As per Answers Africa, he was ranked as the Number 4 African player with the highest salary. 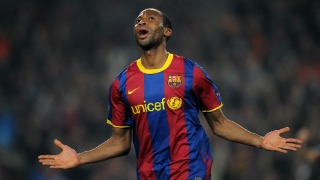 Since then, he has been transferred to many other teams for free.

The former Barcelona midfielder is currently happily married to his wife Zubaida Johnson. The couple has been in a relationship for more than 13 years as of 2022.

As per sources, he married his love in around 2007. The marriage ceremony was in his beautiful hometown in the presence of their close friends and relatives. 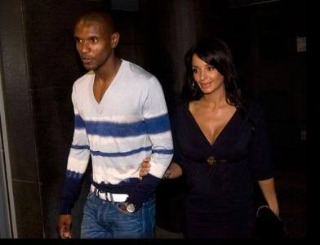 He has been living happily with his wife since then. There is no source that can claim the disputes between the Keita's couple.

Who is Keita's wife Zubaida?

Zubaida Johnson is famous for becoming the wife of the former Sevilla's midfielder Seydou Keita.

She is of Cape Verdean descent and met her current husband during his profession. She has been her husband's constant supporter through the thicks and thins.

Keita and Zubaida: Parents of a children

Seydou Keita and his wife Zubaida are blessed with a child, a boy.

His son's name is Mohammed Keita who was born on May 12, 2008 During his child's birth, he was playing for Sevilla.

Seydou Keita is a quiet person who barely reveals his personal life to the public He is not active on any social media platforms like Instagram and Twitter.