Nestor Araujo is a professional football player from Mexico and currently plays in the Spanish top league, Laliga. He plays in the center-back position for Celta Vigo and has been playing for them since 2018. Before joining Celta, he used to play for Santos Laguna. There he won the Liga MX in 2015 and 2018. He also won the Copa MX in 2014.

Individually, he was named the Liga MX Best Defender in 2017 and was included in the Best XI the same year.

Nestor Alejandro Araujo Razo, famously known as Nestor Araujo was born on August 29, 1991, in Guadalajara, Jalisco, Mexico. According to astrologers, his birth sign is Virgo.

He was born to his father Felix Araujo Sr and his mother Emilia Razo. They are originally from Mexico and are of Mexican descent. Read: Who is Abedi Pele? Where is he from? His Personal info and childhood

He grew up along with his brother Felix Araujo.

His older brother is also a professional footballer but he could not play at the top level like his younger one. Felix's full name is Felix de Jesus Araujo Razo who also plays in the defender position.

What is the height and weight of Nestor?

His weight is around 85 kg and has short black hair.

Araujo's Net worth || His market value, salary and Contracts

According to the sources, Nestor Araujo's estimated net worth is $2.3 million approximately. He mostly earns from playing football for different teams.

He also earns from other sources like sponsorships. He has a deal with Nike, which is his outfitter. 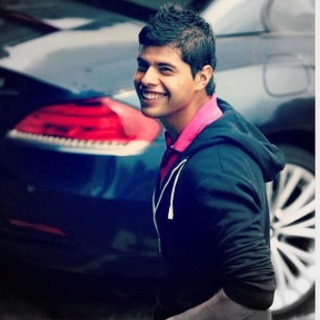 He is living a moderate lifestyle with his partner in Spain. And though he earns a pretty good amount by playing, he barely flexes his property to the public.

Salary and Contract with Celta

Nestor A is currently playing at Celta Vigo where he earns more than 1 million pounds. It means he is earning more than 20,000 pounds per week.

As per Salary Sport, his yearly salary at Celta is 1.4 million pounds.

According to transfermarkt, the market value of Nestor Araujo is 5 million pounds in February of 2022.

His highest market value is 9 million pounds which were in 2020.

He is sponsored by one of the famous sportswear manufacturers, Nike. He can be seen promoting Nike on different occasions. 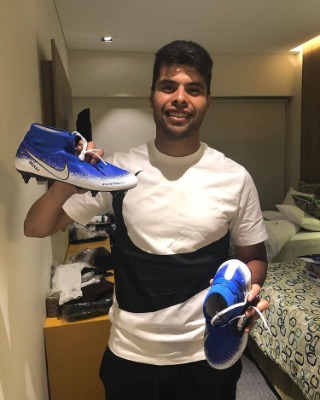 In May of 2019, he posted a photo of himself grabbing the new shoes by NIKE. And he added,

The relation of Nestor with his partner || Is he married?

Celta's defender Nestor Araujo is currently dating his girlfriend, Odette Mendez. The couple has been in a relationship for more than 7 years as of 2022.

It is not sure whether they are married or not. They have never shared any glimpse of their marriage. So, they must be dating only. But they have been in relation since 2014. 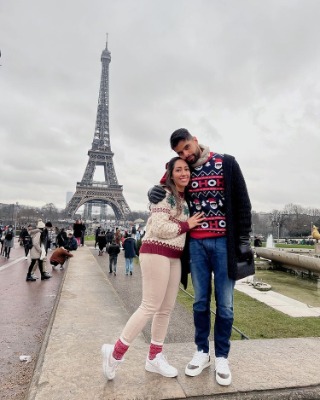 He is a very loving partner who frequently shares his photos with his love on Instagram.

And Nestor couldn't hide expressing his loving moment with his fans on his Insta. He wrote,

"My favorite place and moment all year, IS YOU. Here's to another year of love, learning and lots of laughter, always from the hand of God. Thanks for everything!! I love you my Pim"

The pair have not shared their plan for marriage with the public as of now.

Who is Araujo's girlfriend Odette?

Araujo's partner Odette Mendez is a professional journalist from Mexico. She also likes to introduce herself as a Beauty addict and Sports Fan. In Fact, she has her own brand named The Beauty Tabloid where she sells beauty and makeup products.

O Mendez is also famous for becoming the wife of the Mexican defender Nestor. Like her boyfriend Nestor, she also likes to share her relation photos on her Instagram. She frequently posts photos of the pair enjoying their time with each other.

She was the one who first announced their relationship in 2014.

She is also active on Instagram with the username @odt_mendez where she has more than 2,300 followers.

His Instagram username is @nestoraraujo14 and has more than 113,000 followers. He mostly posts about his games, training, and time with family on his Insta.