Robert Gumny is a rising Polish professional football player. He is currently playing in the German football league, Bundesliga, for FC Augsburg. Robert has been playing at the professional level since 2016. Gumny plays as a Defender for his club and country.

Robert Gumny was born on June 4, 1998, in Poznan, Poland. He is among the two children born to Jacek Gumny and his wife. Robert has a brother Mikolaj Gumny. Much about his parents and his early life is still under the radar. Talking about his physical appearance, Gumny stands six feet in height and weighs 75 kg.

Robert Gumny has an estimated net worth of more than $1 Million. The player has earned most of his net worth through his successful football career. A football player makes a handsome amount from their sponsorship and advertising deals. Robert is very early in his career and will be adding millions in the future. 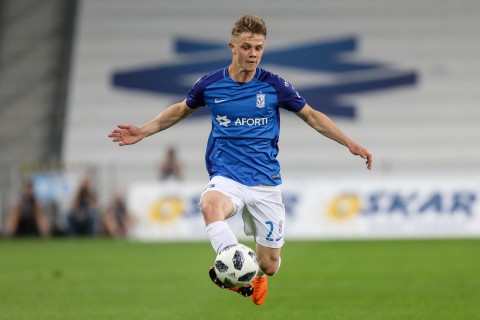 Robert is very much private about his economic life. Some sources claim him to be earning more than €1 Million as his salary with Augsburg and some report around €200,000. As of early 2021, He is valued at €5 Million. Gumny has signed a five-year contract with the club. His fellow teammate at Augsburg, Daniel Caligiuri, has an annual salary of £1,664,000.

Who is Robert Gumny Dating? Know About His Girlfriend and Relationship Status

Robert is very open about his relationship status. He is an active social media user and shares pictures in his timeline. Following his Instagram profile, We can be sure that The Polish football player is dating his longtime girlfriend, Patrycja Topla. The love birds have been together for more than one year. 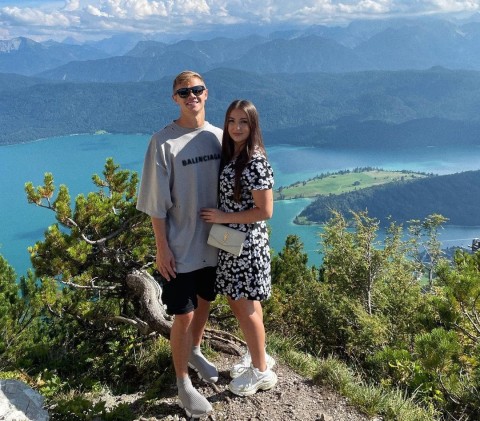 Robert shares a photo with his girlfriend at vacation SOURCE: [email protected]_gumny

Robert first opened about his relationship status with a post in April 2021. They were on vacation in Eibsee, Germany. Although It's been some time since their relationship, They are yet to get engaged or tie their wedding knot. Robert and Patrycia are very early in their careers and must wait for the right time.

Robert started training with his hometown club, Lech Poznan. In his early teens, he joined the youth academy and remained with the team until 2016. Gumny made his professional debut with Lech Poznan in 2016. He signed a major contract for four years. The following season, The player was loaned to Podbeskidzie for a season.

Robert completed his contract with the four-season club while appearing in eight-four games and scoring two goals. In September 2020, He moved to Germany and signed a five-year contract with FC Augsburg. As per sources, Augsburg paid €2 million for the transfer fee.

Gumny has represented his home country, Poland, in numerous divisions. He made his U-17 debut in 2015 and appeared in more than forty games for the country. In November 2020, Robert made his senior team debut against Ukraine. Gumny plays alongside Robert Lewandowski for his national team.