Robert who is in his late teens is quite young so, he is not married yet. To know more about Robert's bio, salary, net worth, personal life, and professional career, read our article till the end.

Robert Bobroczky Earnings; How much is his Net Worth?

Robert is in the early phase of his career and looking at his age, he still has a long way to go in his professional career. Further, he is yet to receive a salary as a professional player and most importantly, players representing college team doesn't receive money as a salary.

However, they are expected to get a full ride to their college which include scholarship and other additional facilities. Additionally, the information about his net worth is still under cover. In fact, every detail will gradually come once he starts to perform at the highest level.

Further, the information about his assets like cars and house is not in the media yet. Moreover, he just reached legal age for driving and probably he will buy a car very soon. Additionally, we will soon come up with additional information once everything gets surfaced in the media.

Is Robert Bobroczky in a Relationship? Know about his Personal Life

Well, Rebert belongs to the singles club and the details about his relationship status is still under the rock. In fact, he is too young to be involved in a relationship and importantly, the topic about his wedding is simply out of the equation as he is just 18 years old.

Talking about his body measurement, he is considered as one of the tallest basketball players of recent time, standing in a height of 7 ft 8 in (2.34 m) and weighs around 220 lb (100 kg). Additionally, he wears a shoe of size 17 (US). 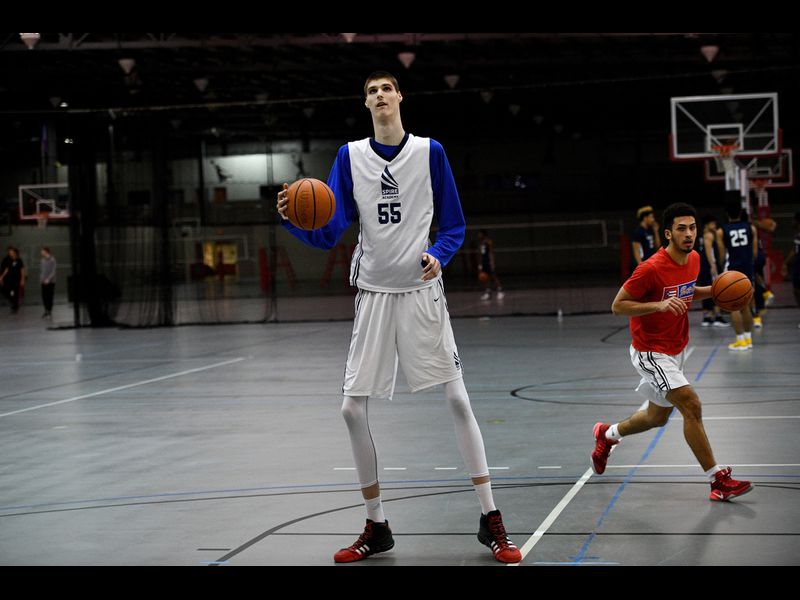 Additionally, the young basketball prospect is not on social media and this might be the probable reason that there isn't much information about his personal life. Moreover, we will soon get to know more about him as soon as he starts hitting the court vigorously.

Robert was born on July 17, 2000, in Arad, Romania. Born in Romania he also holds a Hungarian nationality. Additionally, he belongs to the white ethnic group. Also, he was born under the star sign Cancer. 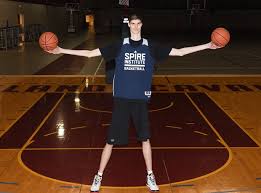 Moreover, he was born to Romanian-born Hungarian parent, Zsigmond Bobroczky but the details about his mother is not available. Talking about his youth career, in 2014, A.S Stella Azzurra recruited Bobroczky, an Italian-based amateur basketball club that produced NBA power forward Andrea Bargnani.

Currently, he is currently playing for SPIRE Institute in Geneva, Ohio. Bobroczky was placed on a minute restriction when he entered his freshman season as he tried to use physique up for faster transitions, more physical American basketball. Additionally, he made his debut for SPIRE on January 14, 2017.