The 24-years-old goalkeeper has been associated with the Rangers for a long time, but now he seems to be taking a break from the squad and is moving to another team. According to some online sources, McCrorie is planning to quit Rangers this summer. As we know, he has entered the final year of his deal but looks set to remain third-choice next season after Allan McGregor signed up for another year. So, some reports have mentioned that McCrorie has chosen to leave the club with both McGregor and Jon McLaughlin remaining ahead of him in the pecking demand.

And fans are eager to know which club will he play for now. He has been linked with Manchester United, and many other clubs are also interested in taking him.

Robby McCrorie was born in Dailly, Scotland, in 1998 to his parents, Sharon and David. The 24-years-aged footballer lights his birthday candle on March 18 every year. As mentioned earlier, McCrorie also has a twin brother, and both of them are involved in the same field. 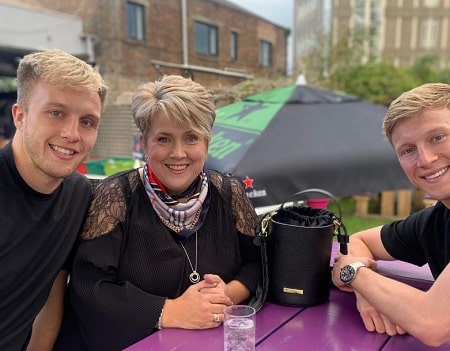 Furthermore, both of them received huge support from their parents from a young age to get involved in sports. For your information, McCrorie and his twin brother were teammates for their local boys' club in the South Ayrshire village of Dailly. Moreover, the duo signed for Rangers together at the age of 14.

But now, Ross is playing for the Scottish Premiership side Aberdeen, and both of them are doing good in their life & career.

Everything On His Career At Club

Moving onwards, McCrorie began training with the Govan club just at the age of 14. After making several appearances in some games, McCrorie was loaned out to Berwick Rangers on June 17, 2017. He signed a contract extension with the Light Blues in December 2017. The deal was extended till May 2022. Moreover, he has made a great contribution to his team and has helped them to win several titles. Also, McCrorie has received some honors for his outstanding performances.

Likewise, he got a chance to play for other teams and was loaned to Greenock Morton on January 25, 2019, together with fellow Rangers youth player Andy Dallas until the end of the 2018–19 season. Later, he went to play for the team of the Queen of the South. He went on July 4, 2019, on loan for the 2019–20 season. However, McCrorie was recalled by the Rangers in January 2020. 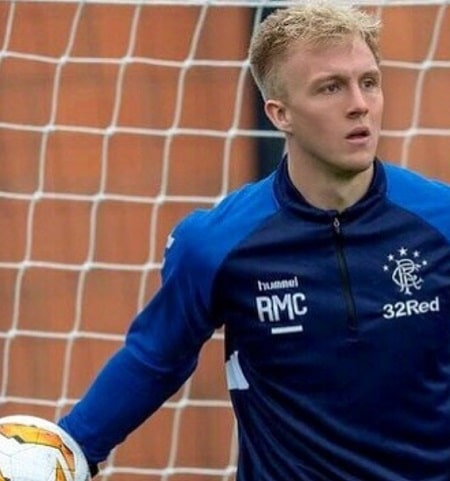 After that, the professional player was loaned out to Scottish Premiership club Livingston until May 31, 2020. Not to mention, he made eight appearances for the club. On the other side, he signed a new contract at Rangers until 2023. Meanwhile, he returned to Livingston on loan for the 2020–21 season on July 9, 2020.

Furthermore, his first-team debut came in the match against FC Alashkert in the UEFA Europa League. Likewise, McCrorie made his first league start for his club in a match versus Old Firm rivals Celtic which was held on August 29, 2021.

As we know, McCrorie is a native of Scotland. So, he represents the national team of Scotland. Talking about his international career, he was added to the senior team for the first time in September 2020. Apart from that, he has previously represented Scotland at numerous youth levels.

Talking something about his twin brother, Ross has also represented the national team. He was named to the Scotland U19 team for the elite round of the European Championships in March 2017. Not only that, but he had captained the side in the qualifying phase of the tournament. Also, Ross served as a captain for the Scotland U21 team in several events.

Robby McCrorie Salary and Net Worth In 2022 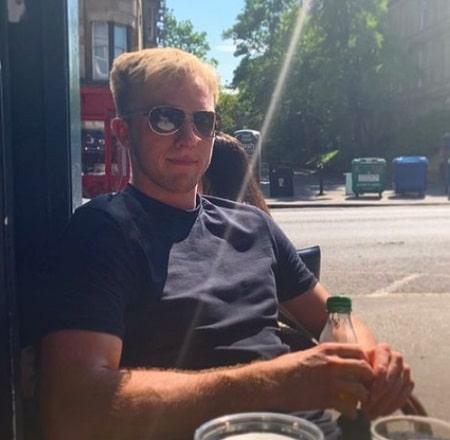 For your information, an average salary of a footballer who plays as a goalkeeper makes around $51,479. So, McCrorie may take home above the average wage as he has been doing this job for a long time. According to Transfer Market, McCrorie's current market value is €400Th.

And being a professional footballer, McCrorie might have worked with some brands. Also, he has a strong presence on Instagram, and his account is also verified. So, if McCrorie makes a sponsored post on the platform, then he has the potential to earn $148.5 - $247.5 from a single sponsored post.

McCrorie Is In A Relationship With His Girlfriend

The 24-years-old goalkeeper is currently in a relationship. He has been dating his girlfriend, Brooke Finlay, for quite a while now. The pair have not mentioned how long they have been dating each other, but by exploring their social media posts, we can say they are living a happy life together.

McCrorie and Finlay often post pictures on Instagram. Moreover, Finlay is a supportive partner, and she has also appeared in various games with her boyfriend to support him. Despite being together for many years, the duo has not given any hint regarding their marriage. So, both of them might be focusing on their career at the moment. 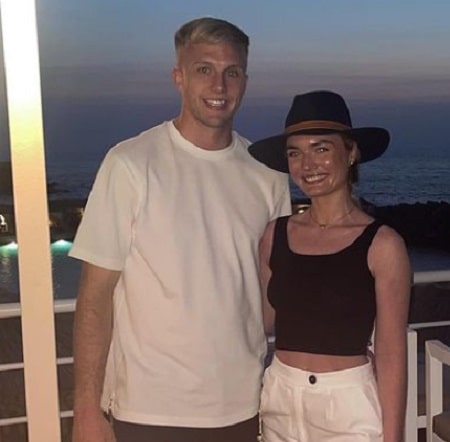 Apart from that, Finlay is also an active user of Instagram, where we can follow her as @brookefinlay_. From her IG account, she gives regular updates on her daily lifestyle.