Professional English footballer Oli McBurnie is currently playing for EFL Championship club Sheffield United and the Scotland national team. His prominent position is a striker, and he wears jersey number 9 at his club. The 6 feet 2 inches tall player has played for two different clubs before joining Sheffield United in the year 2015. Since then, he has been actively contributing to his team and has helped them to win various games.

Oli McBurnie is one of the most skilled players on his team. He was interested in pursuing a career in football from a young age. So, he got actively involved in it. Apart from playing for his club, McBurnie has also represented his national team at multiple national and international levels or events. For his amazing work on the team, McBurnie has also received some honors, including the Barnsley Player of the Year 2017-18 and EFL Championship Player of the Month: February 2018.

Oliver Robert McBurnie was born on June 4, 1996, in Leeds, England, to Scottish parents. The 26-years aged player holds English/Scottish nationality and peaks at the height of 6 feet 2 inches. Furthermore, McBurnie spent most of his early days in the suburb of Garforth.

His parents have been the biggest inspiration for McBurnie as they have supported him since the beginning of his career. His dad, Neil, is Glaswegian and a staunch Scotland supporter. As his fans are eager to know about his family background, not much is known, as McBurnie has not shared much about them in the media. 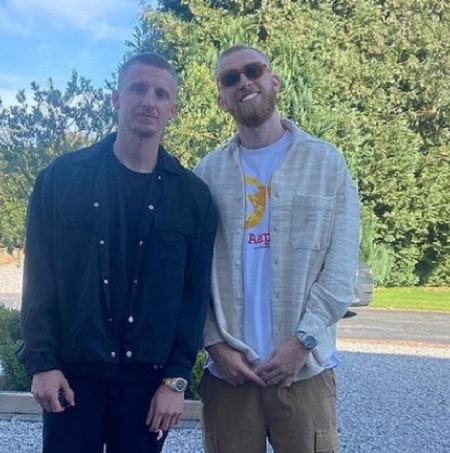 Also, their identities remain under review at the time of this writing. Meanwhile, McBurnie often credits his family members for the success he received by him at a young age. Apart from that, he has a brother, and we can see some of their images together on McBurnie's social media accounts.

Talking about his early days, McBurnie went to Garforth Academy. At a young age, he began at Leeds United's academy playing with the likes of Lewie Coyle and Tyler Denton in the youth setup. Also, he was released at under 14s level. Furthermore, McBurnie entered Bradford City's academy but played for Manchester United in the 2013 Milk Cup.

On August 23, 2013, he was given a three-year professional contract by Bradford. He came into the media prominence in November 2013 when the Bradford City manager Phil Parkinson said that McBurnie was thinking of involving McBurnie with the club's first-team squad. Finally, his professional debut came on November 9, 2013, by coming as a substitute at the FA Cup. And on December 26, 2013, McBurnie made his first senior start. During that time, he was just 17 years old.

And at the end of the 2013–14 season, he was offered a new contract by the club. But for some time, things didn't work out with the club. So, on January 22, 2015, he joined Chester on a one-month loan deal. However, McBurnie was recalled early, returning to Bradford on February 20 following injuries to first-team players. But again, on March 6, he re-joined Chester on loan. And on July 13, 2015, he joined Swansea City on a three-year deal.

He also appeared in under-21 matches in Holland. In November 2015, McBurnie entered the League Two club Newport County on an initial one-month loan. And his debut came on November 28 in the match against Luton Town. Also, he came on a loan in the team of Bristol Rovers on March 7, 2016, for the remainder of the 2015–16 season. 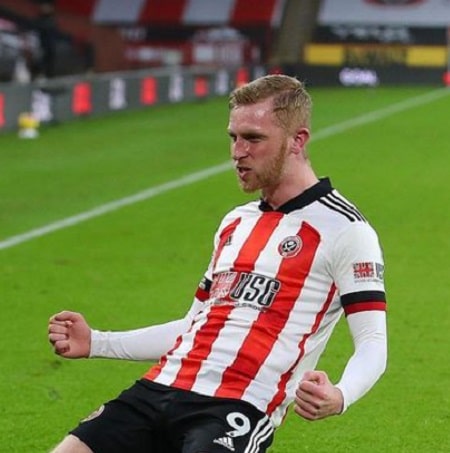 With the team, he had an amazing experience as he scored two goals for his debut match in the second-round 2016–17 EFL Cup tie versus Peterborough United. In July 2019, he was the matter of a transfer bid from Sheffield United, which was denied by Swansea. Later, Sheffield United increased their offer, which Swansea accepted. He signed for Sheffield United on a four-year deal on August 2, 2019. Since then, he has been playing for Sheffield's team.

You May Read: Karim Boudiaf

In 2015, he moved to the under-21 team and made 12 appearances at that level. And he made headlines on the internet when he was selected for the senior national squad for the first time in March 2018. And his international debut came on March 23, playing against Costa Rica.

Also, he has suffered some injuries while playing, and in May 2021, McBurnie was not listed on the Scotland squad for the delayed UEFA Euro 2020 tournament due to injury.

Everything On His Salary and Net Worth

McBurnie makes most of his gains from his professional football career. For a long time, he has been playing football professionally and has participated in numerous games. So, he has surely taken home a fair profit. According to Spotrac, his base salary is £9,146,400. Currently, he is playing for the EFL Championship club Sheffield United.

Apart from that, he was previously a part of some other teams that must have helped him boost his income. According to some online sources, his net worth in 2022 is somewhere around $5 million to $10 million. No doubt, McBurnie makes everything as a professional footballer. 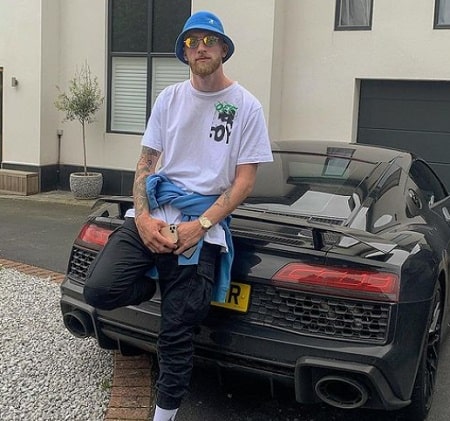 Also, he may take home something from endorsement and sponsorship deals. The Influencer Marketing Hub reports his estimated earnings from a single sponsored post on Instagram to be around $303 - $505.

Does Oli McBurnie Have A Wife?

The professional footballer is currently in a relationship with his future wife or girlfriend, Niamh Fitzgerald. The romantic birds have been dating each other for quite a long time, but they have not given any hint regarding their first meeting.

So, due to the lack of information, we are unable to put on much about their love life. However, the pair often shares pictures exploring various places together. So, we can follow McBurnie on Instagram under the username @oli_mcburnie. From there, he makes regular posts about his ongoing lifestyle. On the other hand, his girlfriend, Fitzgerald, is also an active user of Instagram, where she is registered as @niamhfitz_. From her handle, she has posted some snaps with her boyfriend and other friends.