Kevin Nisbet is a renowned Scottish professional football player who plays as a center-forward for Scottish Premiership club Hibernian. The 25-years-old player also represents the Scotland national team. Besides that, Nisbet is one of the most experienced players as he has been playing football professionally for a long time and has played for numerous teams, including Partick Thistle, Raith Rovers and Dunfermline Athletic.

Kevin Nisbet is a center-forward who wears jersey number 15 and plays for the team of Hibernian. The professional footballer got more into the people's eyes when he earned his first Scotland call-up ahead of the 2022 World Cup qualifiers, and he made his international debut on March 31, 2021. It was in the match against the Faroe Islands.

Kevin Michael Nisbet was born on March 8, 1997, in Glasgow, Scotland making his age 25 years old as of 2022. He was raised by his beloved parents, Thomas Nisbet (father) and Karen Nisbet (mother). According to some sources, Nisbet is not only the child of his parents as he has two siblings, but their details are very few. Apart from that, Nisbet faced a hugely tragic incident in his life when he lost his father back in 2020. It is reported that his father was diagnosed with terminal liver cancer. So, battling cancer, Nisbet's father passed away in 2020.

Everything On His Career At Club

The Glasgow native grew up in Cambuslang, South Lanarkshire, and he went to Trinity High School. There he played for Hibernian's under-15 team before entering the Partick Thistle youth system. In the summer of 2014, he joined the club as a full-time apprentice. And Nisbet made his breakthrough in the Firhill side's development team.

During the 2014–15 campaign, he made 18 appearances at that level and also six goals, including a hat-trick in the match against Falkirk. In February 2015, Nisbet joined Scottish League Two side East Stirlingshire on loan and made 11 appearances. During that time, he scored six goals in his time at Ochilview Park. Later, he returned to Partick Thistle. And his first-team debut for the club came on September 19, 2015, against Ross County in the Scottish Premiership.

Similarly, he entered Ayr United on loan at the start of the 2016–17 season. And in January 2018, Nisbet joined Dumbarton. Furthermore, he got a chance to play in other clubs too. So, in July 2018, he signed a deal for Scottish League One side Raith Rovers finishing the season at Raith Rovers with 35 goals in all matches. 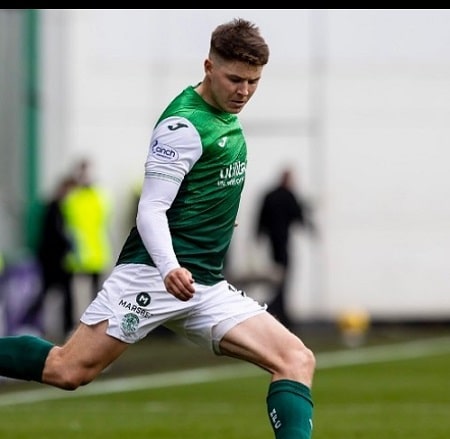 In June 2019, Nisbet went to local rivals Dunfermline Athletic where he scored 20 goals in all competitions before the end of 2019. Later, many clubs were impressed and attracted to sign Nisbet, and on July 10, 2020, he got a deal with Scottish Premiership side Hibernian. Since then, he has been with them and has appeared in various games. Also, he received offers from some clubs, including the EFL Championship club in Birmingham City, but Nisbet rejected them.

You May Read: Arkadiusz Reca

Short Details On His International Career

Moreover, his first international goal came in the pre-tournament friendly against the Netherlands. He also appeared at the Euro 2020 finals representing his national team. So, his performances have also helped him receive some titles or honors.

Does Kevin Nisbet Have A Girlfriend?

Coming into his personal life, the 25-years aged player appears to be single, but some online sources claim that he is in a relationship with his girlfriend. However, Nisbet has not made a single post with any ladies on his social media handles. From this, it can be said that he may be keeping his personal life away from the media sources as he does not wants to get involved in unwanted controversies. 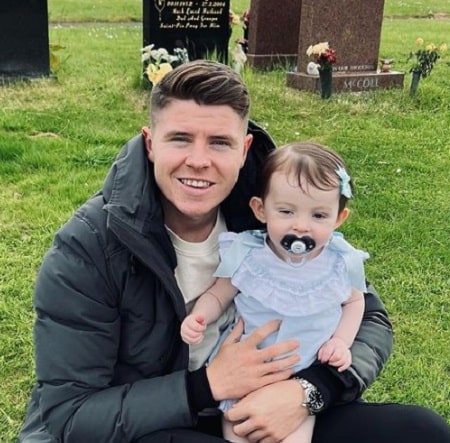 Apart from that, Nisbet once made a post with a small girl, and his fans thought that she might be his child. However, Nisbet has not made any comment regarding this topic. So, due to his private nature, none of the outlets have been able to cover the details of his love affairs.

On the other side, Nisbet is currently at the peak point of his career. So, he seems to be focusing more on his career rather than getting involved in romantic affairs. If he dates or marries anyone in the future, then Nisbet will surely update it via his Instagram handle, where we can follow him under the username @kevinnisbet.

Nisbet's Salary and Net Worth Explored

Kevin Nisbet is one of the most prominent players on his team. As we know, he is currently playing for Scottish Premiership club Hibernian. So, he may be taking home a fair salary. But due to the lack of information, we are unable to mention his actual wage. Furthermore, a Scottish football player makes a good sum of money from their profession.

Also, Nisbet has been professionally playing football for a long time and has been a part of various clubs. So, his work has also helped him increase his bank balance. Considering this fact, we can say that his net worth is in six figures. As per some sites, Nisbet's net value is around $1 million. 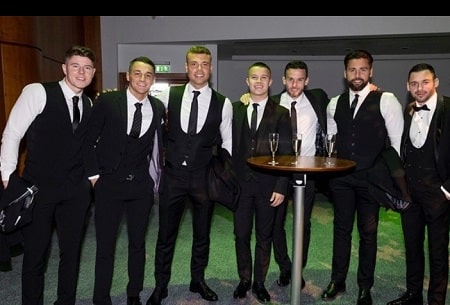 Apart from earning from his profession, the professional footballer may earn something from endorsement deals. At the time of this writing, Nisbet has accumulated more than 18.7k followers, and he has the potential to earn around $125.25 - $208.75 from a single sponsored post on IG with an engagement rate of 10.89%. Moreover, Nisbet's income will surely rise as he is still actively playing football.