Rob Valentino is a rising American soccer assistant coach and a former soccer player. Valentino currently works as the assistant coach for the Atlanta United FC in Major League Soccer. Rob played in the MLS from 2007 until his retirement in 2017. He started his coaching career in 2017 with Orlando City B.

Rob Valentino was born on December 21, 1985, in Hoffman Estates, Illinois. He is among the three children born to Jim Valentino and his wife, Barbara Valentino. Rob has two siblings, Jimmy Valentino and Kristyn Valentino. After graduating from High School, Rob enrolled at the University of San Franciso and played for the University's soccer team. Talking about his physical appearance, Valentino stands six feet and three inches tall and weighs 70 kg.

Rob started playing soccer in his early days. He was part of his High School soccer team and played youth soccer for the local Mustang Club. In 1999, His family moved to Texas and started playing for the 1986 Sereno Golden Eagles with coach Harry Demos. Valentino. Valentino chose to play for the Univesity of San Francisco soccer team, rejecting offers from numerous universities. 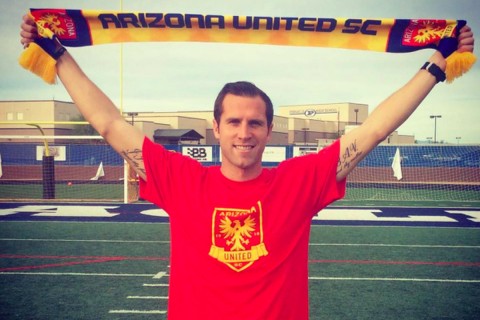 Rob was captain all four years at USF, where he was the WCC Defensive Player of the Year his sophomore season. In his senior year, Valentino played for the San Jose Frogs in the USL Premier Development League. After graduating from the University, He listed his name for the 2008 MLS draft. New England Revolution drafted him in the first round, 13th overall pick.

Rob played for the team for just a season and was traded to Colorado Rapids in 2008. Valentino could not make it to the playing eleven in his first two seasons and then moved to FC Tampa Bay in 2010 and his professional debut. In early 2011, Rob joined Orlando City and played for the team until 2014 and appeared in 77 matches. In his later days, Valentino moved to Arizona United and then announced his retirement in 2015.

Unlike other coaches, Rob does not show much presence on social media and has successfully kept his personal life away from the public. Valentino is married to his longtime girlfriend, Amanda. They had a private wedding ceremony in the early 2010s. Nothing much about their children is known to the media.

Rob Valentino has an estimated net worth of more than $500,000. He credits most of his net worth to his successful career in football as a player and a coach. Valentino spent almost a decade playing in the MLS and is currently working for the Atlanta United FC. The average salary for an MLS manager ranges between $37,000 and $76,000.